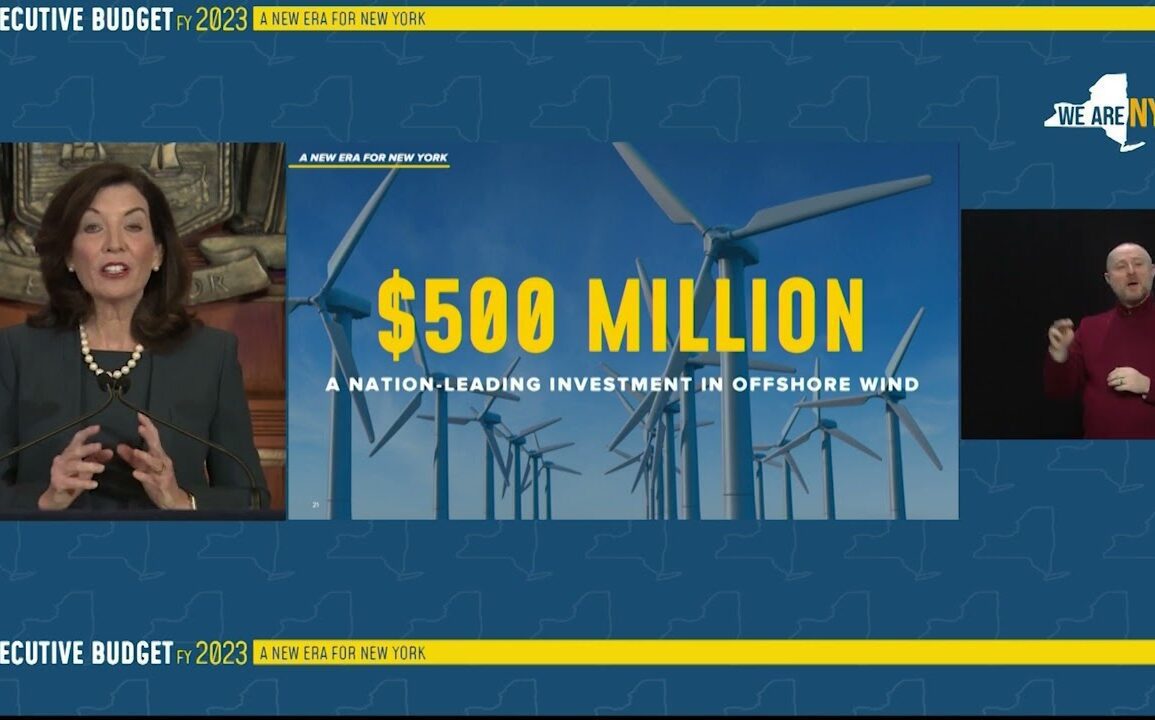 “At first glance, there’s several items in her proposal that would benefit North Country families and businesses. For years, I’ve advocated for tax relief for homeowners, middle-class families and small businesses, and I’m pleased to see the governor include those items. In addition to increased school aid, support for our veterans and investments in infrastructure, I’m optimistic that we can take steps this year to greatly enhance our quality of life.

“I am deeply concerned, however, with the amount of spending and just how we’ll pay for it. Last year’s state budget was more than twice that of Florida, a state with two million more residents than New York State. Even with the disclosure that some of the spending in this year’s budget is short-term, the governor’s proposal is a costly $216 billion, an increase from last year’s enacted budget.

“A few weeks ago, Governor Hochul correctly acknowledged that 300,000 people left New York. A large part of that exodus is the tax-and-spend culture and increased cost of living in this state. If we can’t rein in our state’s spending and make it more manageable long-term, it will be a challenge to bring those people back or keep others from leaving.

“In the days to come, I’ll be looking into the specifics of her budget proposal and its direct impact on our communities. My main goal during this entire process will be to ensure this year’s budget is fiscally responsible, increases our quality of life and makes our communities safer and more affordable.”

“Governor Kathy Hochul announced her proposed budget today that will help move our state forward and will address many issues people are experiencing across the North Country. This included funding that will help the North Country get back to work such as $10 billion for healthcare, $31 billion for education including a $1.6 billion increase to foundation aid, and $1.4 billion for child care. Besides the $1.6 billion increase in foundation aid for schools, the Executive Budget also included a significant increase in aid for K-12 schools and needed operating aid for SUNY.

“The Governor also announced $32.8 billion investment for infrastructure to improve the state’s roads and bridges, continue to expand broadband services throughout New York, and ­make important updates to our public transportation system. This will not only create construction jobs and improve state roads and bridges across the North Country but will also bring more work to our region’s transportation manufacturing sector that builds the electric buses and train cars that will be part of the infrastructure improvements. Important funding for economic development was also included in the budget such as $350 million in tax reliefs for small businesses and up to $350 million for a new Office of Workforce and Economic Development through Empire State Development.

“Additional funding was included to help streamline the process for MWBE certification-which has been one of my priorities for years. The Governor also included a new Pharmacy Benefits Bureau to reduce prescription costs and regulate Pharmacy Benefit Managers, an important change to our healthcare system that I advocated to be included in the Executive Budget. The Hire-A-Vet Credit was also extended and improved by expanding eligibility to all veterans and those who work part-time, a win for veterans across the North Country. The budget also included important victories for farmers such as creating a new tax credit for overtime hours and expanding the Investment Tax Credit and the Farm Workforce Retention Credit programs. A historic $100 million for addiction services was also included in the budget which will help so many across the North Country who are in recovery find the support they need.

“There is still a lot of work to do before the 2023 State Budget is finalized, but the Executive Budget proposed today is a good start. Between economic and workforce development, middle-class tax relief, and investment in our healthcare and education systems, the Executive Budget will provide much-needed relief to North Country residents and I look forward to finalizing these proposals in the upcoming weeks during budget negotiations.”