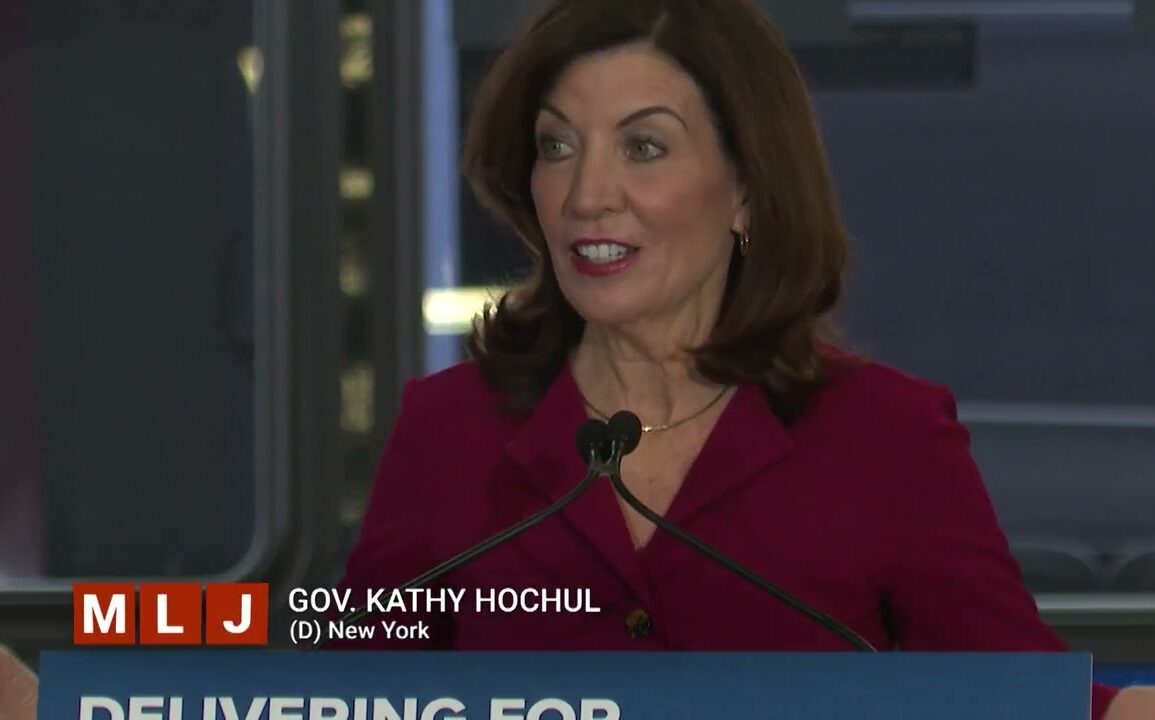 New York Governor Kathy Hochul comes to Plattsburgh tout the State’s recently passed $220-billion budget that she says will be good for the economy, the environment, and the North Country. Hochul visited the Nova Bus factory in Plattsburgh to tout the new budget and the boost it will provide to the North Country’s transportation cluster, and companies like Nova Bus, who are ready to go green.

The new budget includes billions in investments in transportation and green initiatives benefitting manufacturers, like Nova Bus, who will build a new generation of electric buses. The budget includes funding for the Metropolitan Transportation Authority in New York City and other transit agencies across the state to convert to electric buses in the coming years. Governor Hochul says thousands of green jobs could be coming to the state with the approval of the Champlain Hudson Power Express, a multi-billion-dollar hydroelectric project that will bring power from Quebec to New York City through a transmission line along the bottom of Lake Champlain. Work on the new power line will begin within a couple of years.

And the new budget also provides more than 100 million dollars to the Olympic Regional Development Authority to upgrade the Olympic sites for the upcoming 2023 World University Winter Games, an event Hochul says will benefit the entire region.