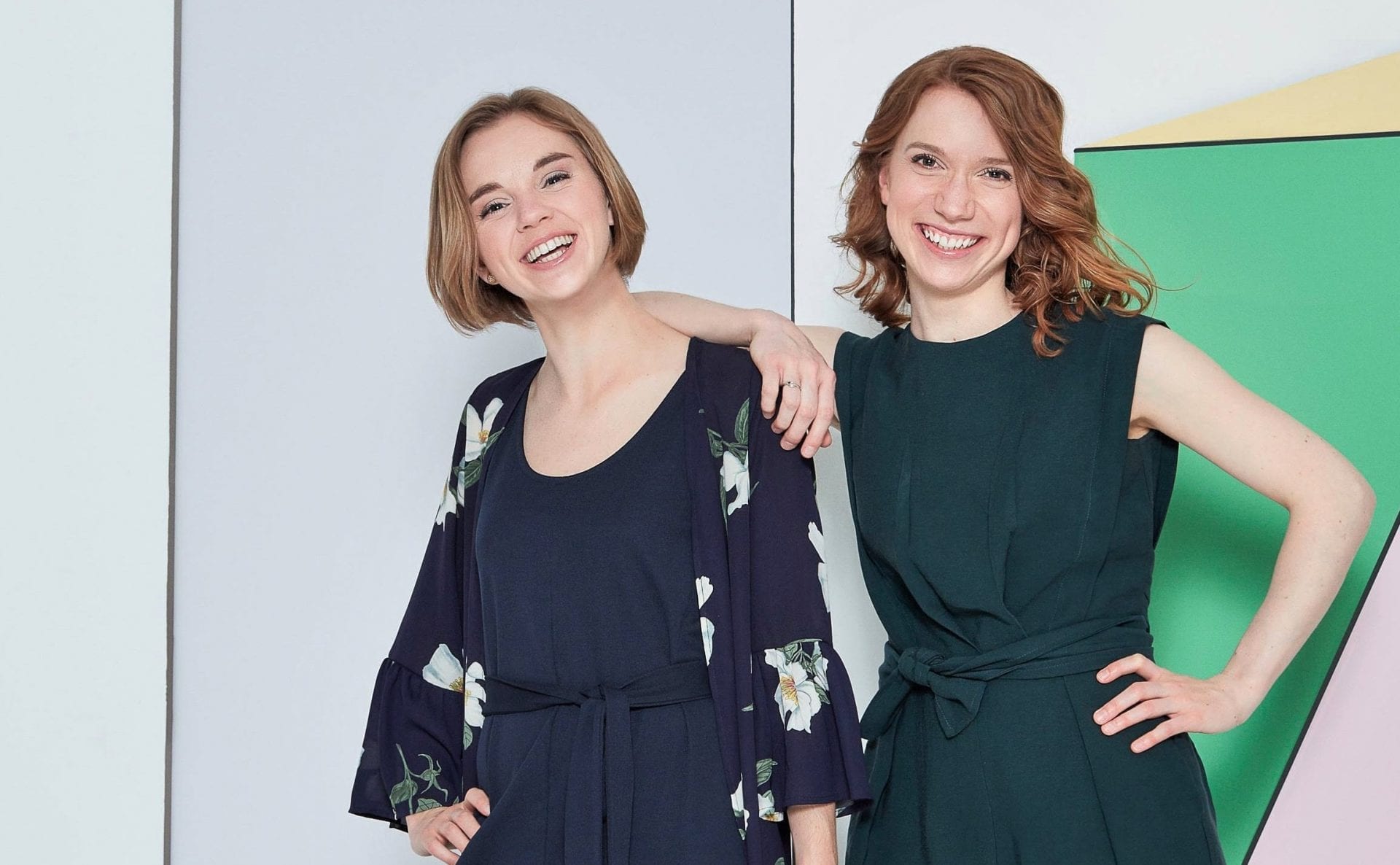 Jeunesses Musicales Canada (JMC) invites music lovers to its Happy Hour Concert series: a monthly opportunity to relax, sip a glass of wine after work and hear the best emerging artists in the classical world.

This Thursday October 3rd come to Joseph Rouleau Hall, located at 305 Mont-Royal Avenue East, in Montréal, (next to Mont-Royal metro station), and listen to the dynamic duo comprising violinist Amy Hillis and pianist Meagan Milatz as they perform a selection of pieces that build connections between music from the great European tradition and Canada, particularly through the works of André Mathieu, David L. McIntyre, and Claude Debussy, among others.

This is an opportunity to discover a shared musical heritage that, while rooted in European music, has evolved its own distinct Canadian qualities.

Starting at 6:15 p.m., JMC’s partner RéZin will offer attendees a selection of wines. Then, at 7 p.m., the audience is in for a little over an hour of music, including commentary by the artists, in an intimate venue with impeccable acoustics.

In 2018, the pair were selected for a pan-Canadian road tour offered by Debut Atlantic and Jeunesses Musicales Canada , which will run between September 2019 and May 2020, and offer close to forty performances, taking place across 10 provinces and territories.

I had the chance to interview the duo Meagan&Amy and learn a bit more about their musical background and also focus on their search for a musical identity that embraces all of Canada:

“Hello Meagan and Amy, It is amazing that you are both part of this Happy Hour Concert Series.

Thanks for taking the time to answer some of my questions for Mountain Lake PBS.

1.   This concert series promotes young musicians, how did music and your respective instruments come into your life?  Do you play a second instrument ?

Amy: I started playing violin when I was five years old. My parents thought it was important for me to develop an appreciation for music and learn the language of an instrument from a young age. I am very grateful for their initiative and their dedication to me having a well-rounded education from a young age! The only second instrument I played along the way was the oboe. I decided to start learning it in grade six, as part of my school’s band program and I played it for four years.

Meagan: Music was valued in both of my parent’s households as they were growing up and, luckily for me, they carried on this value in the way that they raised myself and my siblings. We all benefited from music lessons growing up – my older sister on the piano as well as myself (both starting from the age of 5), and my brother on the guitar – and there was never any question that having music in our lives was a priority for them.

– Piano has always been my primary instrument, but I took up the flute when I was going into grade 8 because I had the opportunity to join the concert band at my school in Weyburn.

2.  How did both of you meet and start collaborating?  What are some musical qualities or strengths that you admire in each other?

– We had known of each other back in Saskatchewan where we both grew up, having seen each other’s names pop up regularly in the Regina Music Festival programs and other Saskatchewan music competitions. However, it was at McGill University that we really got to know each other, when we overlapped during our undergraduate studies at the Schulich School of Music. It was at McGill in 2012 that we started working together for the first time.

– Amy’s answer in regards to Meagan’s musical qualities and strengths: In Meagan, I admire her for her professionalism. She always holds her music-making to the highest standard. She prepares for every first rehearsal as if it’s the last, meaning she has not only learned all the notes, she has also pondered what it is she wants to express behind the pitches and rhythms. She continues to be a professional on stage. In every performance, without exception, she gives the music all her energy and her whole being is dedicated to sharing what she feels in the music with the audience. She is also a professional off-stage; she treats everyone she meets with compassion, honesty and understanding!

– Meagan’s answer in regards to Amy’s musical qualities and strengths: I hugely admire the passion and commitment that Amy brings to every project and performance. I love her ability to be spontaneous on stage, and she has a great sense of the “big picture” when carving out interpretations of pieces. I always learn from her perspective. She also has an intense drive to be true to herself, both in music and in life in general, and I look up to her for that.

3.  The youth of today are greatly exposed to a wide range of musical genres… What do you feel is the role Classical music plays in modern times?

– In modern times, classical music plays the role of being a musical medium that can express and explore the depth of human emotions. It is a music that has been scrutinized throughout centuries, has evolved with the times and now offers music that is a portal into history as well as music that is composed today. There are layers to classical music that give people today something new to hear every time! In classical music, one can choose from a great range of experiences- from comedy to contemplation.

– Classical music has the ability to speak to people on a deep, psychological level. These deep emotions that it often taps into are universal in scale. Speaking from my own experience as both an audience member and a performer, classical music has the ability to bring people to a heightened understanding of themselves and of each other. This is a magical feature that is unique to the genre.

– Classical music is important for today’s youth as it can provide a sense of perspective and deep comfort to the listener, as well as a channel for emotions which may otherwise stay under the surface.

4. In your concert description you mention a musical identity that embraces all of Canada.  What are defining qualities of Canadian music?  How does it differ from the European tradition? What are the resemblances?

– In my opinion, the defining quality of Canadian classical music is its diversity. Unlike European countries, Canada struggles to define itself with one common identity in many areas – food, landscape, heritage, etc. Canadian classical music is no exception. Music written by Canadian composers is as varied as our backgrounds and our lifestyles as Canadians. Canadian composers have been influenced by the French, German and Russian musical traditions (to name a few) but they have also departed from these traditions to develop their own musical voices which represent the different styles we may call “Canadian”. We are lucky in Canada to have a diversity of classical music that represents the diversity of who we are as a people.

– The European traditions of classical music are different than that of Canada’s because it was in Europe that the classical music genre began to flourish hundreds of years ago, while Canada’s classical music scene is comparatively still in its “beginning chapters”. We have the ability to look back on the customs and styles from Europe which have been established across the centuries and to learn from them. The “Canadian tradition” is in the works as we speak, so it’s an exciting time for us to be bringing this music across Canada to showcase for fellow Canadians and to hear their opinions on this tradition-in-the-making.

Thanks to both of your for your time and looking forward to your performance !

For more information on the JMC series :