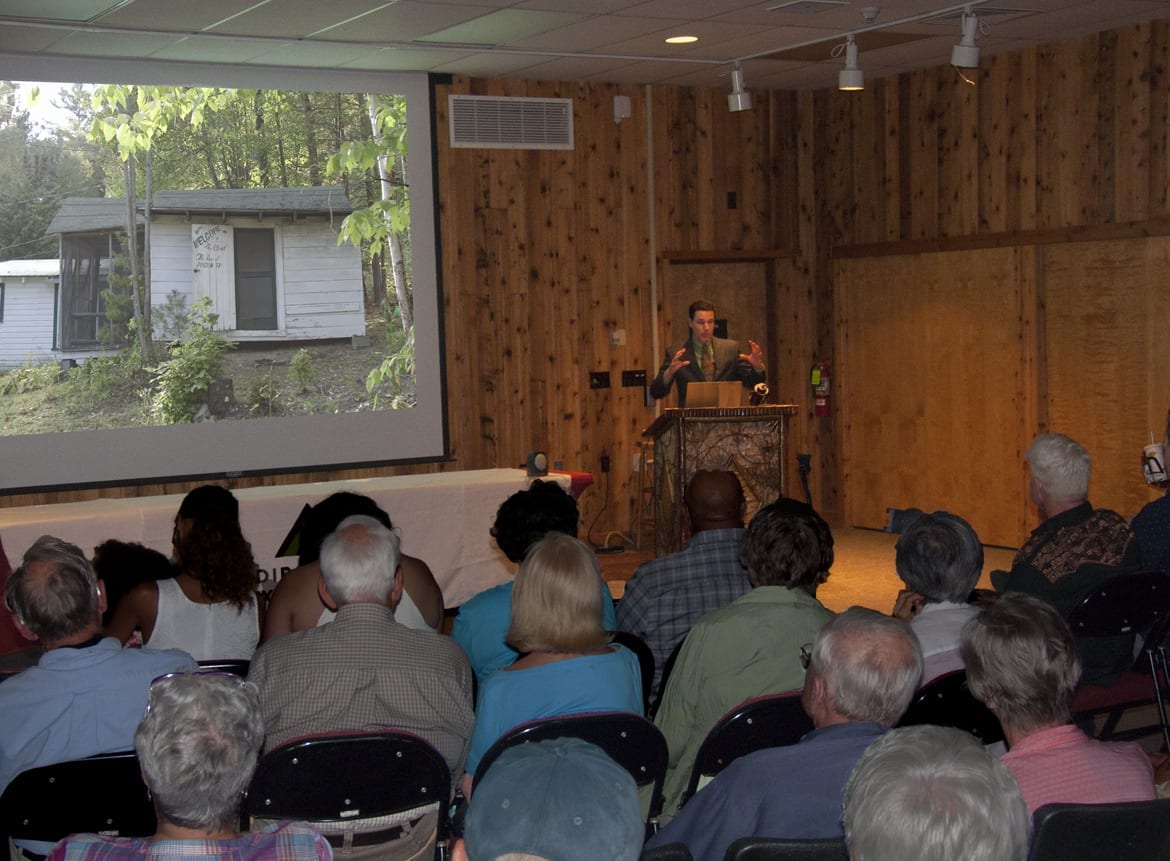 Fulton Fryar now has some new memories of his old “Closet,” after having visited his former sleeping quarters for the first time in a museum setting. The Adirondack Experience, the Museum on Blue Mountain Lake, is the new home of Fryar’s Closet. It will serve to educate visitors as a relic of racial segregation in the Adirondacks during the 1950s. In 1957 and 1958, the young Fryar’s beautiful operatic voice landed him an invitation to sing and study at the prestigious Seagle Music Colony in Schroon Lake, New York.  As the first African-American at the colony, however, he had to stay in separate sleeping quarters, away from the dormitories where the other singers bunked, in an addition to the laundry building built especially for him. At the time, the teenage Fryar named his little sleeping room “the Closet.” After the laundry building was condemned as dangerous last year, his building addition moved to the Adirondack Experience.

Fryar says he hopes people can ponder racial issues, both old and current, by viewing his separate quarters up close. Helping tell the story of Fulton Fryar’s Closet is a video produced by Mountain Lake PBS. Producer Paul Larson introduced the video for its world premiere this week at the Adirondack Experience. About 70 Seagle Music Colony supporters and staff members, as well as administrators from the Adirondack Experience saw the brief video. It aims to give museum visitors context for Fryar’s Closet and features the former Seagle Colony resident’s story in his own words.

“It was such an honor to present this video for the first time to the Seagle supporters visiting the museum,” Larson said. “I was very moved by the emotional reactions I saw from Fulton and his family, who were seated in the front row.”

Fryar and his wife were visiting the Adirondacks from New Jersey, along with two of his sons, his daughter, his grandson and his great-granddaughter. Events for “Fulton’s Homecoming” included his second recent visit to Seagle Music Colony, where he enjoyed a performance of the opera “The Great Gatsby,” plus the tour of the Adirondack Experience, complete with the video presentation. He also participated in a panel discussion as part of the program “The African-American Experience in the Adirondacks,” presented in collaboration with the Adirondack Diversity Initiative and Adirondack Diversity Solutions.

The visit to the Adirondack Museum gave Fryar, his family, and the Seagle supporters their first look at the Closet in the museum. The little shack currently sits in the Life in the Adirondacks exhibition. 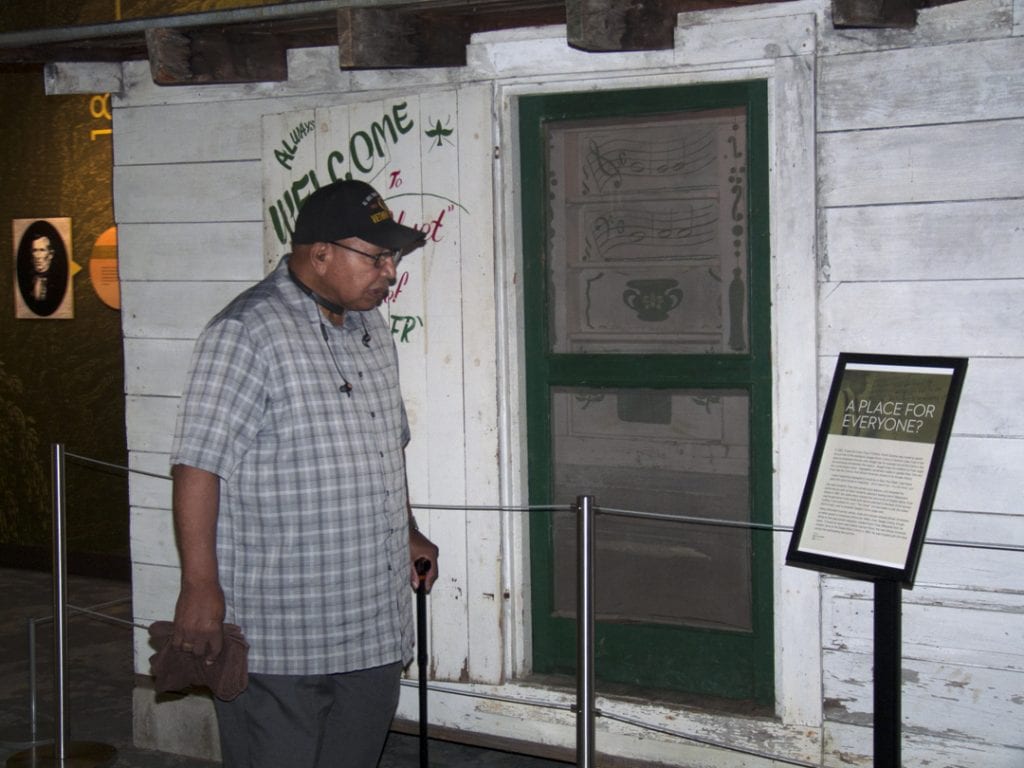 Larson thanks Darren Woods of Seagle Music Colony, and Laura Rice and Ausra Angermann of the Adirondack Experience, for helping coordinate the premiere of the Mountain Lake PBS video. The video was edited from the arts segment “Spotlight,” which airs on “Mountain Lake Journal.” Watch this space for updates on ways the museum plans to use the video. For our complete coverage of Fulton Fryar’s Closet, head to mountainlake.org/fulton.

“Spotlight” is made possible, in part, by the Glenn and Carol Pearsall Adirondack Foundation, dedicated to improving the quality of life for year-round residents of the Adirondack Park. http://www.pearsallfoundation.org