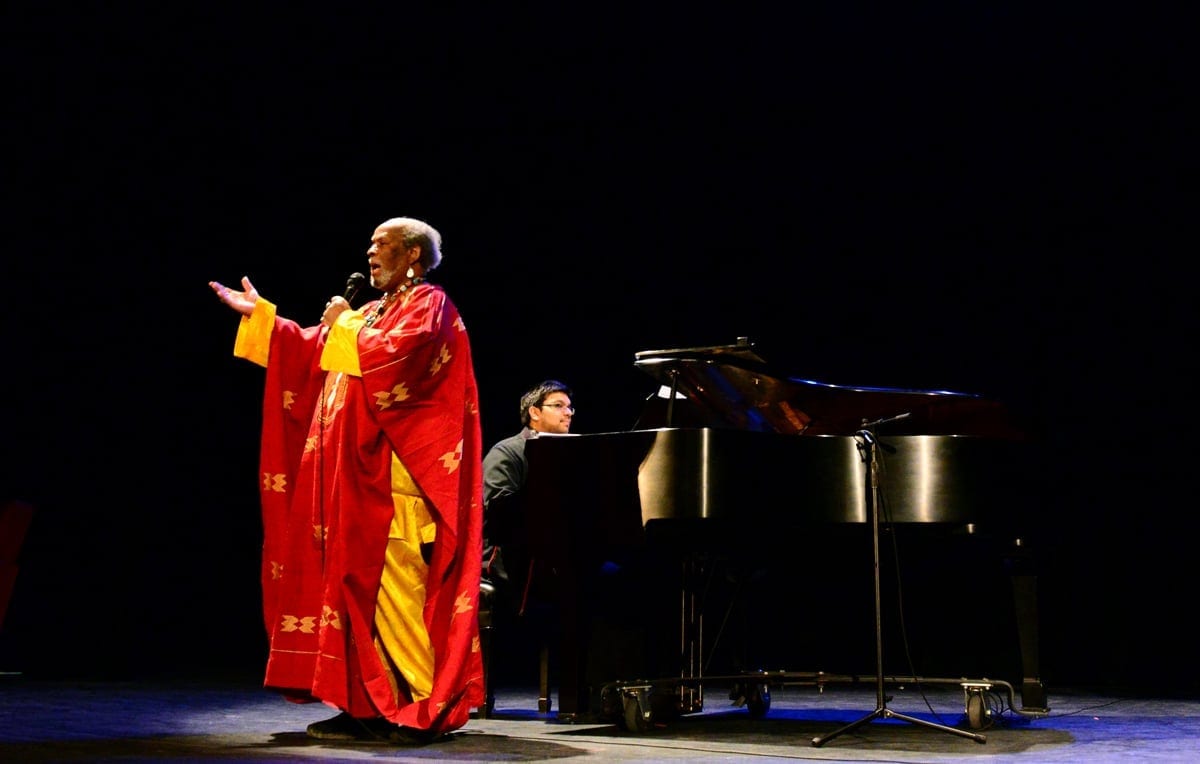 Mountain Lake PBS has a friendly neighbor in Middlebury, Vermont, and what a joy it was to welcome him to our special screening of the Mister Rogers documentary Won’t You Be My Neighbor.  The Strand Center Theatre in Plattsburgh provided an elegant environment for the occasion.

This week he crossed Lake Champlain to share stories about Fred Rogers that only he can tell. I invited the audience to ask him questions, and got in a few myself.

After the superb movie and the question and answer session came the moment that cast a spell on the audience, hearing Dr. Clemmons sing, and not just any song.  Clemmons, who founded the renowned Harlem Spiritual Ensemble, first performed a soulful hymn from the gospel tradition.  He followed it up with a special request I had made, “There Are Many Ways to Say I Love You,” written by Fred Rogers.  Clemmons had sung it the very last time he appeared on camera with Mister Rogers, and a clip of it had appeared in the documentary.  It was the song Clemmons sung while his feet cooled off in a wading pool next to those of Mister Rogers, in a scene that not only spread a subtle message against racism, but one that also contained Biblical overtones when Rogers dried Clemmons’ feet with the same towel he’d been using.  The audience at the event, not expecting the song, gasped and applauded once they recognized the tune.

The talented Vihan Wickramasinghe performed wonders at the grand piano.  It was the first time the physics and music graduate of SUNY Plattsburgh had accompanied Dr. Clemmons.

I was enchanted enough to tell the audience they’d witnessed a genuine “Officer Clemmons magical moment,” one that took a scene from the movie we’d seen, and brought it musically to life for everyone in the auditorium.

I’d like to thank the audience members who joined us, bringing with them their love of Mister Rogers’ Neighborhood and their enthusiasm to meet an accomplished cast member from the show.  Also, the Strand Center for the Arts deserves profound thanks from Mountain Lake PBS, for partnering with us to help make this Indie Lens Pop-Up special screening a super special event

The ever gracious Clemmons called the afternoon program a “superior occasion,” and said “I always tell folks when I travel what a fine job that little station in upstate New York is doing. Truly, with your sensitivity and professionalism, you set the standard!”

Special thanks to our national partners, Independent Lens, ITVS, PBS and the Corporation for Public Broadcasting.