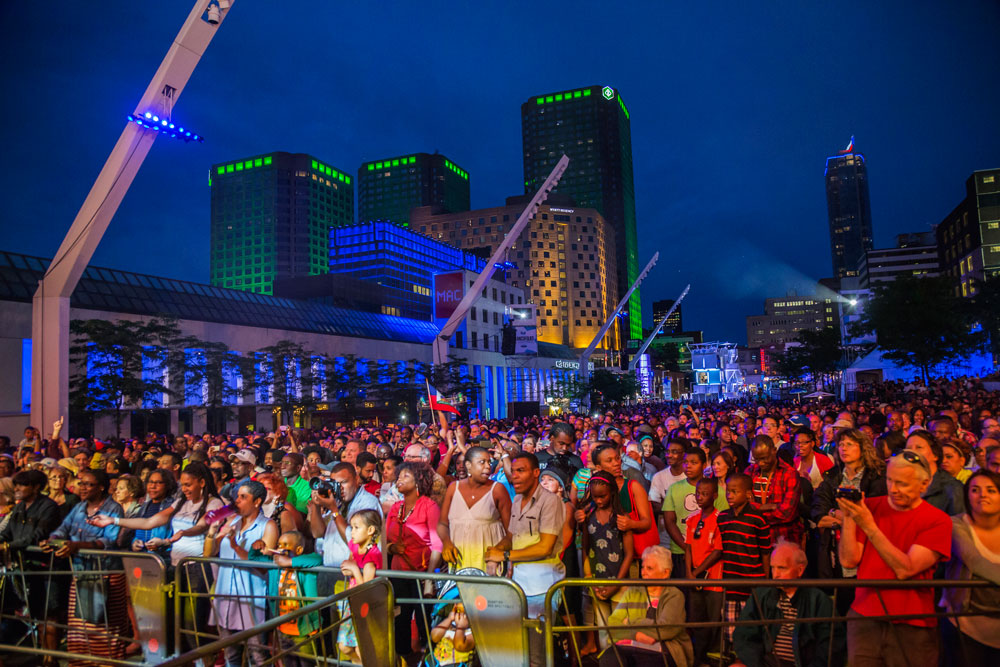 FESTIVALS are taking over Montreal !

Are you ready to embrace the festival frenzy that is synonymous with the arrival of summer here in Montreal ? Tourists and locals both love coming together and embracing the “joy of living” mentality that Montrealers take very seriously!

Looking for fun outings to enjoy with your loved ones ? Gen’s Delights got you covered for three of the largest festivals to hit the city this summer :

The 33e edition of the FRANCOFOLIES kicks off today !

Les FrancoFolies de Montréal first edition was held in 1989…33 years later it is known as the greatest French music festival that takes place, every year, in the heart of downtown Montreal.

More than 1,000 French speaking artists from all over the world participate in this festival that takes place on numeous outdoor stages on la Place des Festivals and inside the halls of several reputable concert hall venues.

Over the course of ten days of the festival, more than a million Montréalers and tourists are expected to swarm the festive Francos site on the Place des Arts plaza and in Montréal’s Quartier des spectacles.

Here is a sneak peak of some of the 2022 headliners:

The 2022 Francos are dedicated to the memory of Karim Ouellet, a friend whose indelible memory will be honored throughout the festival.

Come down to Montreal to make wonderful musical discoveries, enjoy exclusive shows with your favorite artists while celebrating together the rich diversity of Francophone music.

Admission is FREE to the outdoor Francos site and most of the festival`s shows.

From June 30th to July 9th will take place the 42th edition of the Festival International de Jazz de Montréal at the Quartier des spectacles – presented by TD Bank Group in collaboration with Rio Tinto.

Arguably one of the most recognized of all Montreal festivals, the Montreal Jazz Fest holds the Guinness World Record for being the world’s largest jazz festival !

Past headliners include legends such as Stevie Wonder, B. B. King, Diana Krall, Ray Charles and Ella Fitzgerald — However all the celebrity galm doesn`t distract from the true essence of the festival: producing amazing concerts with exceptional musicians that is accessible to all!

Most of the concerts are FREE to attend , however to attend ticketed events, please consult schedule on the main website: HERE

The heart and soul of the Just for Laughs Festival can be summed up with the motto : MAKE THEM HAPPY !

At the official Press conference launch hosted at the @lebalconcabaret this week. Members of the press were informed that the @juste_pour_rire festival is ready to be back in person with over 250 shows in both English and French this summer with a spectacular lineup for their 40 anniversary !

Attendees can nab tickets to the biggest names in stand-up comedy including :

Attendees of the festival can simply stroll through the alleys where street performers and urban artists entertain spectators with various forms of joviality , or catch the ever popular GAGS video reels on the giant outdoor screen.

Just For Laughs has revolutionized the world of comedy by acting as a launchpad for the careers of hundreds of today’s most renowned comedians.

– New Faces & international New faces that is the no 1 showcase for new talents in the world !!!

Just for Laughs is the largest international comedy festival in the world ! They promote creativity , culture and the joy of laughter!

You can catch numerous free shows on the , placedesfestivals , rue st denis and even near place ville marie and the BELL Center !

For the full lineup please visit: