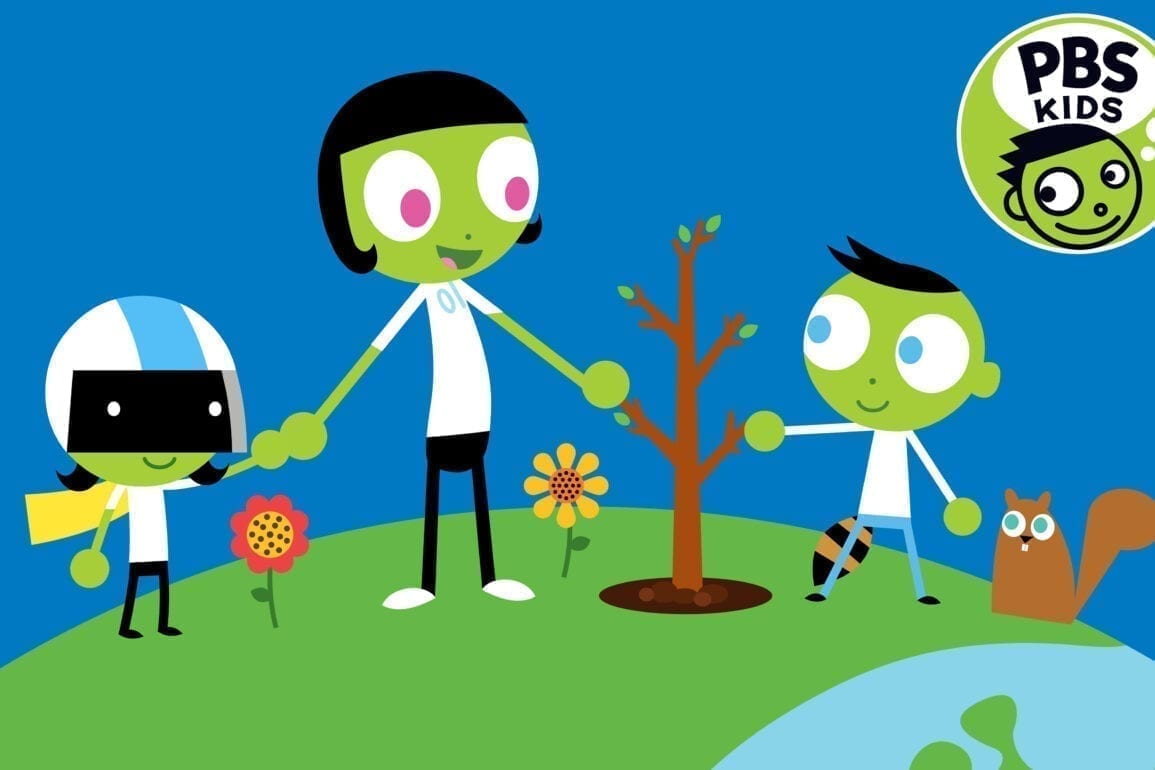 Each year Earth Day helps raise awareness about the importance of being good stewards of our planet and how integral nature is in all our lives. It’s a great opportunity to learn how to reduce pollution, mitigate climate change, and to participate in programs like recycling, planting trees, neighborhood clean ups and so much more!

Earth Day got its start in 1970 when Wisconsin Senator Gaylord Nelson proposed a day to acknowledge the state of our planet and try to make it a healthier place for us all to live. In its first year over 20 million people nationwide rallied for Nelson’s cause! Since 1990, Earth Day has officially been celebrated each year worldwide and people around the globe continue to do the important work of conserving, protecting, and caring for our planet.

Keep scrolling for some thought-provoking videos, interactives, games and activities to celebrate Earth Day. And get involved today by becoming a Planet Protector with activities the whole family can enjoy!

Check out these articles and videos to learn more about Earth Day, environmental stewardship, and how technology can play a part in protecting our planet!

PreK-3
When you and your child are outside, encourage her to treat the environment and all the living things in the world with care and respect.

Grades: K-3
Research shows that our early experiences in nature form the foundation for our understanding of the way things work.

Gaylord Nelson: A Vision for the Earth | Wisconsin Biographies

Grades 3-8
In this PBS Wisconsin Education resource, learn how Gaylord Nelson had an idea for a day focused on the environment. That idea would become the internationally recognized annual event Earth Day. Born and raised in Clear Lake, Wisconsin, Nelson went on to become a state senator, governor of Wisconsin, and a United States senator. All along the way, he made the environment a priority by protecting natural resources through advocacy, policies, and inspiring greater awareness of the need to care for the earth.

Grades 5-8
The people of Earth didn’t see a photo of our planet until the late 1960s. Photos of Earth changed the way we think about our planet. In this webcast we look at the beginnings of Earth Day and how a better understanding of our place in the universe has evolved through photographic discoveries.

Grades 6-10
Renewable energy sources count on the fact that there will always be water, wind, waves, and sunshine to gather energy. Learn what kinds of renewable energy technologies are out there and how we can store the energy they produce.

The Reality of Plastic | Engineering for Good

Grades 6-12
Plastic. It’s super useful but it’s also a big problem for the environment. Enough plastic is thrown away every year to circle the earth four times! The main issue is that plastic doesn’t break down, meaning it sticks around for a very long time. This video gives a quick overview of the scope of the plastic problem and what some people are doing to try to solve it.

Make Your Own Paper

Grades PreK-3
Children recognize that recycling is important, but do they know how easy it is to give “trash” a new life? Making homemade paper provides a hands-on example of how we can help save the environment, one tree at a time.

Grades: K-3
Create your own mini garden! Plant some seeds and watch them grow. This DIY will show kids how to grow their one plant in a can, or jar and watch the plant sprout from seed to flower!

Grades 1-4
Players strive to create a balanced mountain ecosystem in which each animal has enough food to survive over a period of 12 days, in this interactive game from Plum Landing. Players see how the different species of plants and animals in a mountain ecosystem depend on one another. They also experiment with how changing the amount of one resource affects the whole ecosystem.

Biome in a Baggie

Grades 1-8
A biome is an ecological community like a rainforest, desert, or prairie. Create your own biome in this activity from Zoom.

Grades 9-12
Identify and evaluate solutions for reducing human impacts on the environment and biodiversity in this interactive lesson and corresponding interdisciplinary research activity from WGBH. Through an analysis of exemplars from the What Is Missing? project, learn how various kinds of data and information can be gathered to create a biodiversity timeline that serves as evidence of changes in a population of a species. As you create your own timeline, you’ll gain a deeper understanding of the interconnectedness of humans and the environment and the impact human activities can have on biodiversity.

Grades 9-12
Learn about fossil fuels and renewable energy sources to help decide which type of energy should be used to power a city’s electric grid in the coming decades. In this interactive lesson, watch videos adapted from NOVA: Treasures of the Earth: Power and analyze data provided in graphs and maps concerning the availability, cost, reliability, and environmental impact of different energy sources. Then, use what you learn to make an evidence-based argument that supports your decision.

In honor of Earth Day, check out the Mountain Lake PBS Learning at Home block, all April long! Join us as we explore, celebrate, and learn about the planet we all call home.

Follow the story of a leopard mother as she raises her cubs near the Luangwa River, facing a constant battle to hunt successfully, defend her territory and protect her cubs against enemies.

Unlock the mysteries of wild pandas whose counterparts in captivity are known for their gentle image. Journey through the steep Qinling Mountains with filmmakers, scientists and rangers to witness pandas’ startling courtship and aggressive behaviors.

What can Australia reveal about how Earth was born and how life took hold? Join NOVA and host Dr. Richard Smith as they journey back to the very beginning of the Australian story in Awakening. The first stop is Western Australia, around four and a half billion years ago, where we encounter an Earth shortly after its fiery birth.

How did life storm the beaches and dominate planet Earth? Ancient Australian fossils offer clues in Life Explodes. Half a billion years ago, Australia was still part of the super-continent Gondwana. The oceans were teeming with weird and wonderful animals, but the world above the waves remained an almost lifeless wasteland. All that was about to change, though.

Monsters begins Down Under at the dawn of the Age of Dinosaurs. Host Richard Smith comes face-to-face with the previously unknown reptilian rulers of prehistoric Australia. NOVA resurrects the giants that stalked the Great Southern Land, and scientists unearth an ancient inland ocean full of sea monsters. But reptiles didn’t have the world all to themselves. Mammals like the enigmatic platypus lived alongside them, ready for their moment in the sun.

In the wake of the catastrophic asteroid impact believed to have wiped out the dinosaurs, Australia was set adrift on a lonely voyage across southern seas. Prehistoric jungles retreated, replaced by eucalypt forests, grasslands, and deserts. When humans first arrived, giant marsupials dominated the land and the Great Barrier Reef was yet to form. This is a tale of calamity and conquest; how a conspiracy of climate, biology, and geology shaped the Earth we now call home.

Under the waves and tropical sun, each of Hawaii’s volcanic islands host a unique ocean landscape teeming with biodiversity. But one predator reigns supreme – the shark. With 40 species of shark calling these warm waters home, scientists are seeing new animal behavior around every corner. Whitetip reef sharks “sleep” in tight volcanic tunnels. In the deep water, everything is on the menu for the hunting Tiger shark, from birds to Humpback whales. Hopping from island to island, uncover surprising moments of cooperation, rarely seen hunting tactics and striking insights into these predators of the world’s paradise.

The octopus is the closest we may get to meeting an alien. They evolved from a common cousin more than 500 million years ago, but are also intelligent creatures with proven problem-solving abilities. So what happens when you invite an eight-legged alien into your living room? This documentary follows marine biologist David Scheel as he tracks his evolving relationship with his own octopus.

Coral reefs are not just beautiful, they are also home to over a quarter of all marine life and are crucial to human societies around the globe. But as the climate changes and oceanic heat waves become commonplace, corals are bleaching and reefs are dying off. Now, marine biologists from across the world are teaming up to counteract this catastrophe with a technique called assisted evolution. Follow scientists as they attempt to crossbreed heat-resistant corals, and even transplant corals’ algae, in a race to save the coral reefs from extinction.

A deadly recipe is brewing that threatens the survival of countless creatures throughout Earth’s oceans. For years, we’ve known that the oceans absorb about a quarter of the carbon dioxide in our atmosphere. But with high carbon emissions worldwide, this silent killer is entering our seas at a staggering rate, raising the ocean’s acidity.

1 PM: Greta Thunberg: A Year to Change The World

Travel with the world’s best-known climate activist as she takes her fight to a global stage. With unique access, the series follows Greta over an extraordinary year as she embarks on a mission to ensure world leaders work to limit global warming.

As global temperatures continue to rise, scientists are wondering if we need solutions beyond reducing emissions. Enter geoengineering. From sucking carbon straight out of the air to physically blocking out sunlight, the options may seem far-fetched. But as time runs out on conventional solutions to climate change, scientists are asking the hard questions: Can geoengineering really work?