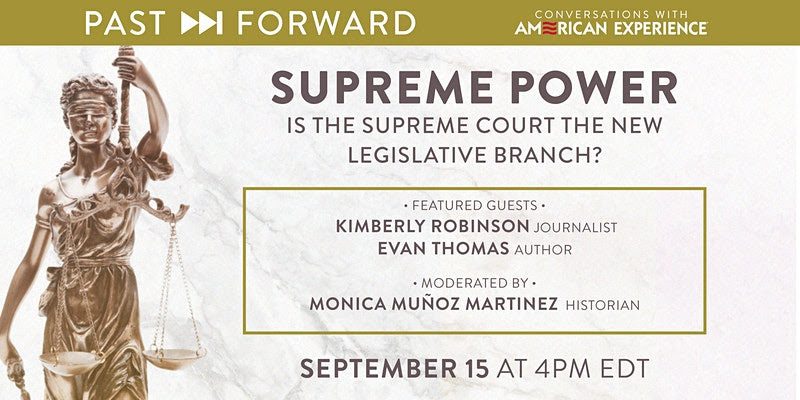 From Roe v. Wade to Citizen’s United v. FEC, American politics in the modern era have been shaped by landmark Supreme Court cases that have fundamentally changed the laws of the land. But should the Supreme Court be so powerful?
And when did legislating from the bench begin?

American Experience presents a virtual PAST FORWARD conversation exploring the power of the U.S. Supreme Court in shaping the nation’s laws and how we got to this point. This event is inspired by the broadcast premiere of the film Sandra Day O’Connor: The First on Monday, September 13 at 9/8c.