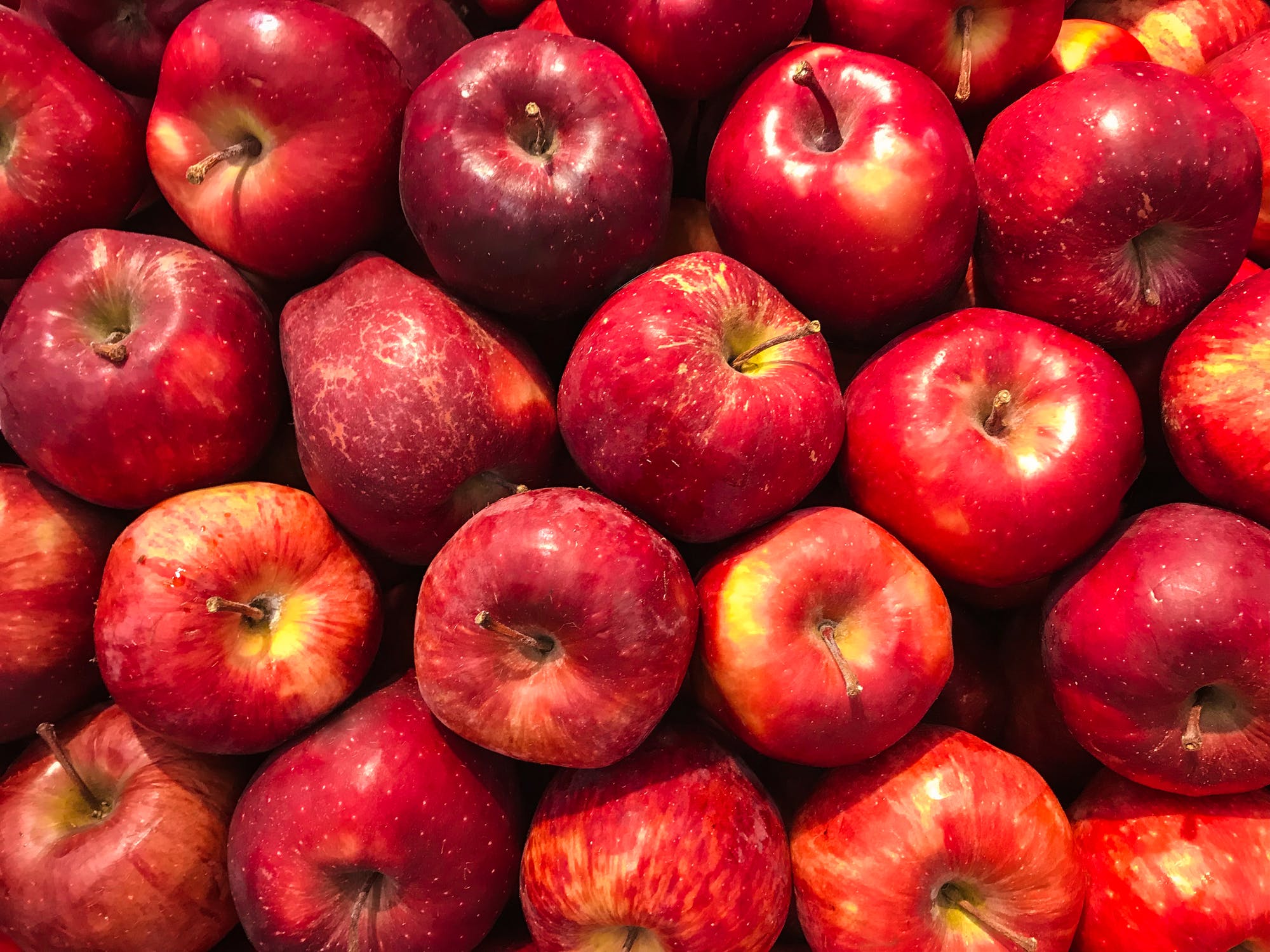 Take a bite out of National Apple Day on Thursday, October 21st!

From the Big Apple to the sprawling orchards of upstate, New Yorkers have a lot of love for this healthy and delicious fruit. So much so that the apple has been the official fruit of New York State since 1976!

You’ve probably heard of the phrase, “An apple a day keeps the doctor away,” and for good reason. Apples are packed with vitamin A, vitamin C, fiber, and are free of fat, sodium and cholesterol. Plus, they make excellent pies.

And did you know that New York State grows more apple varieties than any other state? We produce an average of 25 million bushels of apples annually ⎯ about one-fifth of the total United States production. Which is a good thing since it takes about 36 apples to create one gallon of apple cider!

Keep scrolling for family-friendly videos, recipes, activities and more to make the most of this National Apple Day.

All About Them Apples!

All Ages
In autumn, all along the Adirondack Coast, it’s apple season! Join Mountain Lake PBS producer Derek Muirden as he takes a tour through some of the region’s apple orchards. Does your family have a favorite Adirondack orchard of your own?

Grades PreK-2
Join Mr. Chris and Friends as we learn through song and dance how Honey Bees turn apple blossoms into apples!

Grades 3-8
Learn about legendary Johnny “Appleseed” Chapman, and how he traveled from Massachusetts to the Midwest planting apple trees as he went.

How Does it Grow: Apples

Grades 6-12
One of the world’s most ubiquitous fruits might seem like a simple thing to grow. But inside the common apple is a secret — and it’s been challenging apple growers since Ancient Greece. Learn more with this video from How Does It Grow.

Sweetness | The Botany of Desire

All Ages
This baked apples recipe with cinnamon from PBS Food makes a great side dish or dessert for a delicious Fall meal.

All Ages
Enjoy this tasty apple pie recipe from PBS Food and John Bunker. Want to keep your ingredients local? Try out one of the many apple orchards in upstate New York!

Grades PreK-K
This game from Curious George reinforces reading, writing, and representing numbers. Numbered apples are floating in the water on their way to the cider press. Help Curious George and Jumpy grab the right ones to fill the gaps in the apple number line.

Find the Letter on the Apple

Grades PreK-1
Combine literacy and motor skills in a fun activity where your child plays find the letter.

Autumn Math with Apples and Pumpkins

Grades 1-3
Use the sights and smells of autumn to teach basic math concepts like counting, sorting and graphing with this fun activity.