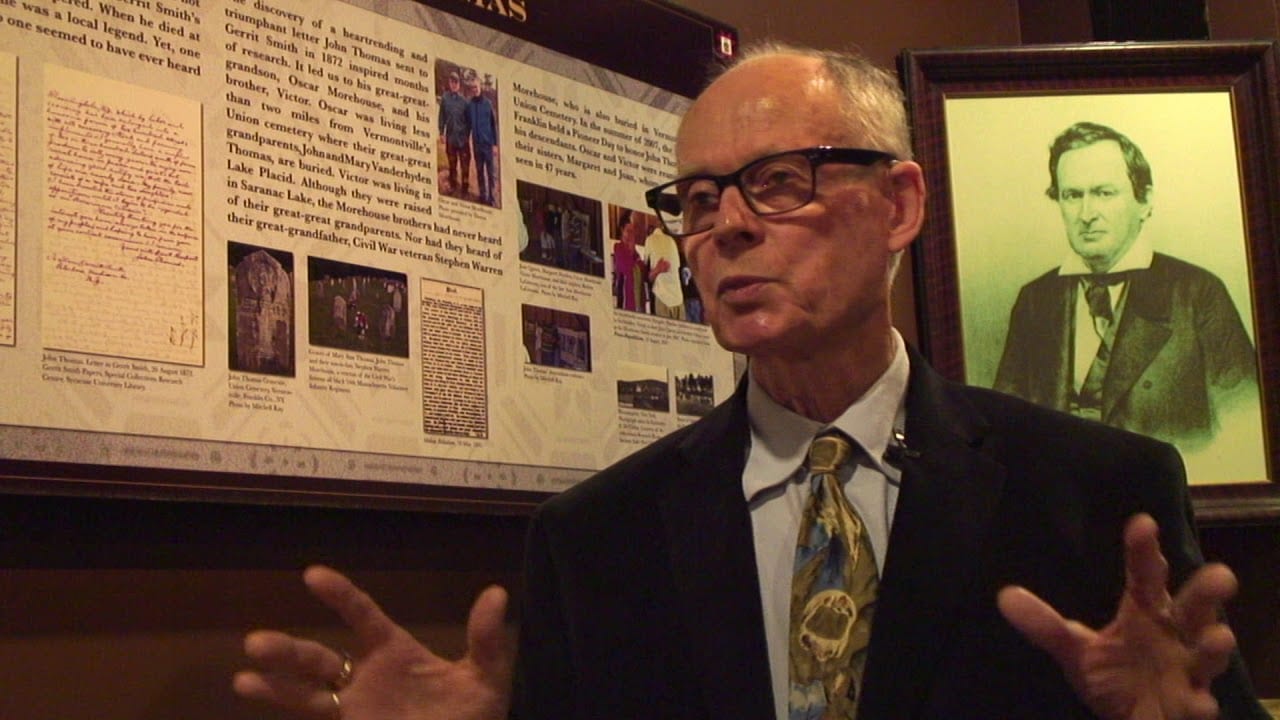 Historian Don Papson discusses some of the historical people whose lives inspired characters in “Promised Land: an Adirondack Folk Opera.” The historian discusses John Thomas, who had escaped from slavery. Papson also talks about Gerrit Smith, and his own emotional reaction when attending music performances from the opera.