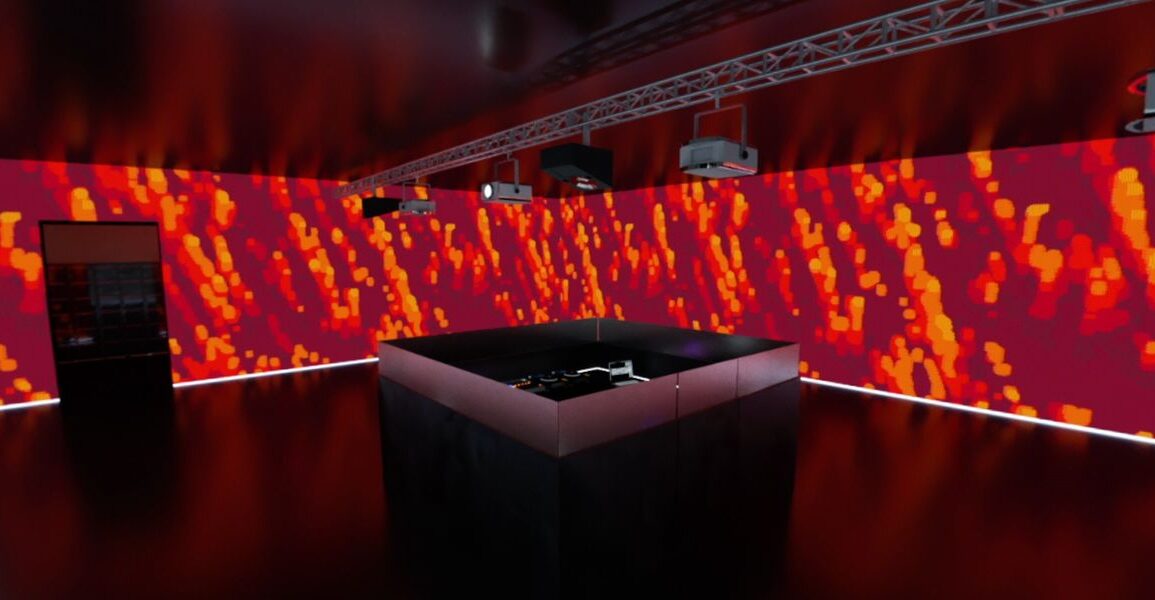 DJ sets – Music to dance and feed the soul !

Once metaversical, Fractal Fantasy’s club is being brought to life for one night only at OASIS IMMERSION !

Virtua is best known for being a virtual club space from Fractal Fantasy, the audiovisual club imprint founded by Zora Jones and Sinjin Hawke. Featuring four walls made up entirely of projection screens, which will show installations within a spatial audio system and a centralised DJ booth, the space is, in the label’s own words, “engineered to foster potent communal experiences and un-distill pop culture.”

This Friday June 10th will be an immersive clubbing experience like no other at OASIS immersion – Part of MUTEK festival .

| In collaboration with OASIS immersion

Expect 16 evenings and more than 75 artists in concert under a unique 360 degrees performance hall in Sorel-Tracy, QC.

Live a unique 360° live experience in a performance hall that can accommodate up to 1,500 people, with cutting edge technology!

With one show completed, there are 15 more to come !

The next show will be held on the 17th of June with the following line-up :

You can get your tickets here :