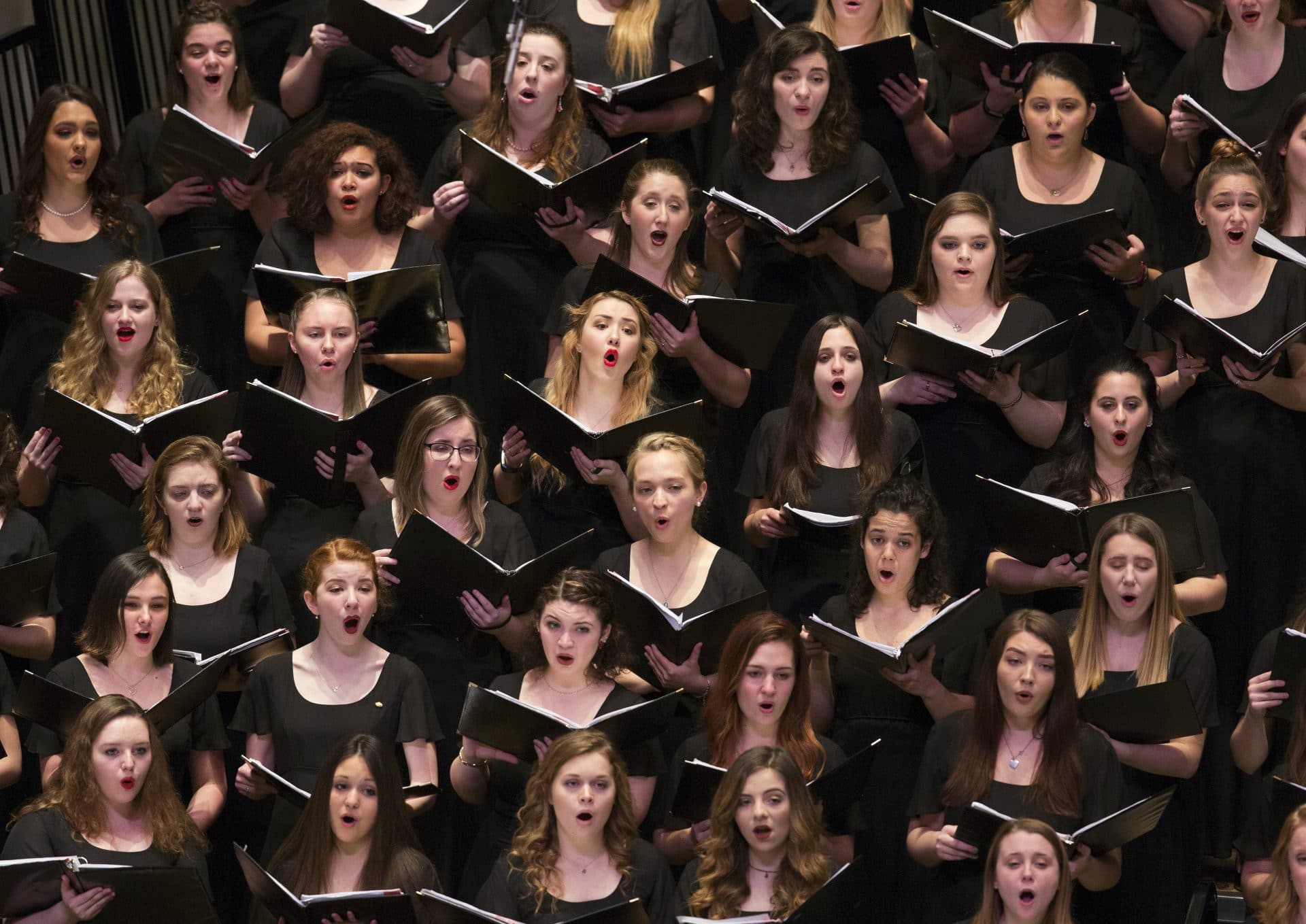 In a concert tradition that began in the 1930’s, the Crane Chorus and the Crane Symphony Orchestra come together each year to present a very special holiday concert. Featuring over 300 carolers and musicians from the renowned Crane School of Music at the State University of New York at Potsdam, the concert includes traditional Christmas and seasonal hymns from around the world along with popular favorites. The 2018 concert was conducted by Jeffrey Francom and Joel Schut and featured the Broadway and opera star Lisa Vroman ’79, soprano.  The concert includes orchestral performances of the music of Georges Bizet and Nikolai Rimsky-Korsakov;  Holiday favorites “O Holy Night,” and “Have Yourself a Merry Little Christmas.”; and arrangements of “The Secret of Christmas” (from “Say One for Me”), “Wexford Carol” and “Go, Tell It on the Mountain,” by Ms. Vroman.  The Crane West African Drum and Dance Ensemble is also featured in a performance of “Mangisondele Nkosi Yam,” a traditional Zulu praise and worship song.