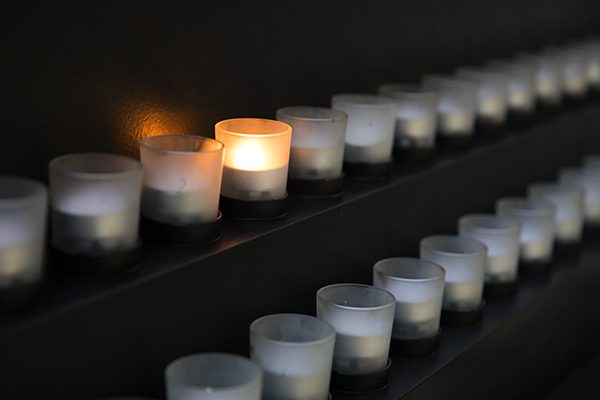 International Holocaust Remembrance Day is observed annually across the world on January 27th. This day, designated by the United Nations General Assembly in 2005, serves to commemorate and honor the memories of the approximately six million Jews and millions of others murdered in the Holocaust by Nazi Germany and its collaborators, as well as to promote Holocaust education throughout the world. This date coincides with the day the Auschwitz-Birkenau concentration camp was liberated in 1945.

Many countries outside the United States observe similar national days of remembrance on January 27th or other dates. Israel observes Yom HaShoah which occurs on the Hebrew calendar’s 27th day of Nisan, and falls on different days within April and May on the Gregorian calendar each year. On each of these dates, family gatherings and community or religious group ceremonies often include prayer, reflection, music, silent moments of remembrance, and speeches. Public commemorations are also common like those held at the United States Holocaust Memorial Museum in Washington, DC.

To learn more about International Holocaust Remembrance Day, the history of the Holocaust as told by historians and survivors, and for classroom-ready resources for students grades 5-12, continue below.

Grades 5-12
Use these media-rich resources to analyze the diary as a literary genre and understand the historical context in which Anne Frank wrote her unforgettable testament to hope.

Lessons of the Holocaust Collection

Grades 6-12
The three video collections offered in the Lessons of the Holocaust Collection offer educators a detailed exploration of different ways to approach the topic in the classroom. Murals of the Holocaust describes a summer program that offers an art-integrated history course on Germany and the Holocaust. Juliek’s Violin focuses on three pieces of classical music, including music from the scene in Elie Wiesel’s Night where Juliek plays the violin in the concentration camp. Teaching the Holocaust explores how two middle school educators approach the teaching of Holocaust history to their students.

Grades 9-12
Filmed for a virtual Yom HaShoah ceremony, this collection features the full video program and individual survivor stories, as well as lesson plans, biographies and other resources to help students learn about the Holocaust. Yom HaShoah is Israel’s Day of Remembrance of the Holocaust and is marked on the 27th of Nisan on the Hebrew calendar. It occurs on different days on the Gregorian calendar falling sometime between April and May each year.

The Holocaust through Children’s Eyes | The Last Survivors

Grades 9-12
Follow the firsthand testimony of the last generation of Holocaust survivors, as they recount the haunting memories of being sent to Nazi concentration camps, in these videos excerpted from The Last Survivors: FRONTLINE. As camp survivor Ivor Perl and his family take part in a modern-day tour of Auschwitz, fellow survivors recall arriving at the camp as children and the unimaginable horror and loss that awaited them.

Watch the film on Mountain Lake PBS, Monday, January 24 at 9 AM.

Visit the film’s website to learn more about Vladimir Munk in his own words, and watch Vladimir and Julie Canepa discuss this new film on Mountain Lake Journal.

The Jewish Public Library exists to inspire Jewish learning and to promote literacy and creativity. They provide access to historical and cultural heritage, literature and knowledge through collections, archives, programming and children’s library. Learn more about the Jewish Public Library, including upcoming in-person and digital events, on their Facebook page.