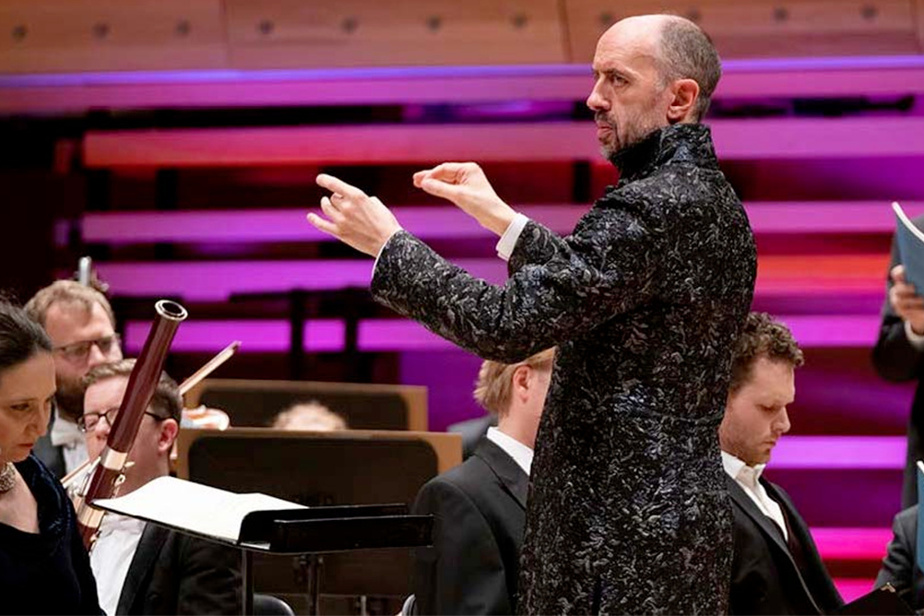 Clavecin en concert is happy to present “Between triumph and piety”, the first concert of their 2022 season !

The opening performance of Clavecin en concert’s 2022–2023 season will take place in Quebec City on September 29th at 7:30 p.m. at the Palais Montcalm and in Montreal on September 30th at the Montreal Museum of Fine Arts’s Salle Bourgie.

This performance of Marc-Antoine Charpentier’s works, entitled Between Triumph and Piety, will feature 30 singers and musicians under the direction of French Maestro Hervé Niquet.

Miserere for the Jesuits H. 219

Marc-Antoine Charpentier’s motets, which stand as the pinnacles of French Baroque vocal composition and include his joyous Te Deum and his moving Miserere for the Jesuits, are musical testaments to the splendors and intense piety of the Grand Siècle.

These works by the great musician, who was as knowledgeable as he was sensitive, are brought to life by Hervé Niquet, who has long been one of the greatest defenders of this repertoire, with all the vibrancy and eloquence that we are accustomed to.

Hervé Niquet is a fully qualified harpsichordist, organist, pianist, vocalist, composer, choir director, and orchestra conductor who has significant experience working at the Paris Opera alongside stars like Rudolf Nureyev and Serge Lifar.

He established Le Concert Spirituel in 1987 with the main goal of resurrecting the famous French motet. Since then, Le Concert Spirituel has made a name for itself as one of the foremost groups interpreting Baroque music internationally, expanding its repertoire to include all forms of music, from sacred to opera and sinfonia, and rediscovering both well-known and obscure compositions by French, English, and Italian composers of the time.

It is essential for him to pass on the fruits of his work on interpretation, historical conventions, and the most recent musical discoveries, as well as the realities and demands of the musician’s profession.

Raoul-Jobin Hall of the Palais Montcalm

Bourgie Hall at the Montreal Museum of Fine Arts

In co-production with Bourgie Hall