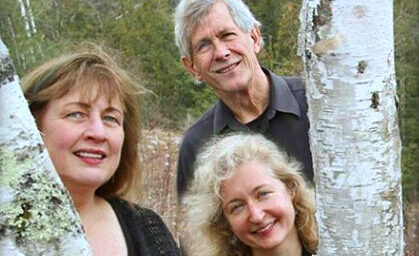 Music by Robert Schumann, Tomaso Albinoni, Aram Khachaturian, and much more will fill the air on the former Plattsburgh Air Force Base at 7:30 p.m. on June 5, as the Curbside At Harborside concert series opens its new season by featuring Trillium Ensemble at the U.S. Oval Gazebo.

Clarinetist Janine Scherline, oboe player Janice Kyle, and pianist Timothy Mount, all highly tenured artists who call the North Country their home, will present a program spanning more than 250 years of musical history — from the Baroque (Albinoni’s magnificent Oboe Concerto No. 6) to the Romantic (two of Schumann’s heart-stirring Romances) to the present day (including Amanda Harberg’s Clarinet Sonata, one of the unquestioned modern masterpieces for that instrument).

The concert kicks off a diverse season that will feature music by professional-caliber, locally connected artists nearly every weekend through Sept. 4. The first three concerts will take place at the U.S. Oval Gazebo, located near the Plattsburgh Memorial Chapel on the former Air Force Base, with the remaining programs taking place at Plattsburgh’s Harborside Stage, located behind the D&H Railroad station, close to the Plattsburgh City Marina.

Tickets for Trillium Ensemble’s concert are $10 per person and will be available at the gate. Attendees are encouraged to bring lawn chairs or blankets with them. Seating will be first-come, first-served, with gates opening at 6:30 p.m. Attendees are free to bring food and non-alcoholic beverages with them to the concert, but no alcohol and no pets will be allowed on site.

All attendees must bring a face mask to wear when entering and exiting the facility, and any other times when they are not able to maintain six feet of distance from individuals outside of their party.  They are not required to wear the mask while sitting and listening to the music in a socially distant manner.

Concert organizers gratefully thank RE/MAX Of The North Country for their generous sponsorship of this program, which permits all ticket sale proceeds to go directly to the artists on stage. 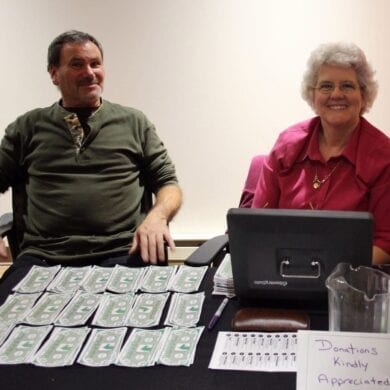