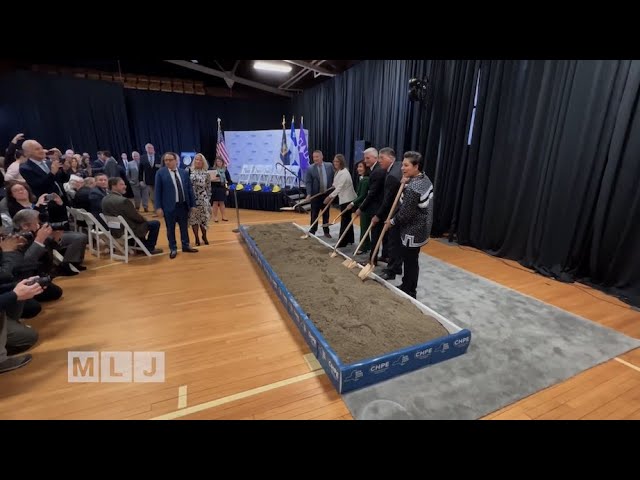 A ceremonial groundbreaking was held this past week for a historic clean energy project, a nearly 5-billion-dollar transmission line that’ll carry hydropower from Canada along the bottom of Lake Champlain and more than 300 miles to New York City to power more than a million homes. The first phase of the Champlain Hudson Power Express transmission line will be buried along a 17-mile stretch between Whitehall and Putnam, New York. The project will create an estimated 1,400 construction jobs and will provide host communities with more than 3-and-a-half-billion dollars in economic incentives. The project will provide 20% of New York City’s power needs and help the state meet its goal to combat climate change by getting 70% of its power from renewable energy by 2030. Joining the Governor and state leaders for the groundbreaking were provincial delegates from Quebec. The project is making history, north of the border. The transmission lines will be buried on Indigenous lands and the Grand Chief of the Kahnawake Mohawk community says they are, for the first time ever, partnering with Hydro-Quebec on this project to provide this renewable energy to millions of New Yorkers. Sky-Deer comes from a family of iron workers who helped build the New York City skyline. Along with the Champlain Hudson Power Express, another transmission line called Clean Path NY will also bring renewable energy to New York City. Combined, the two projects will supply one-third of New York City’s power.