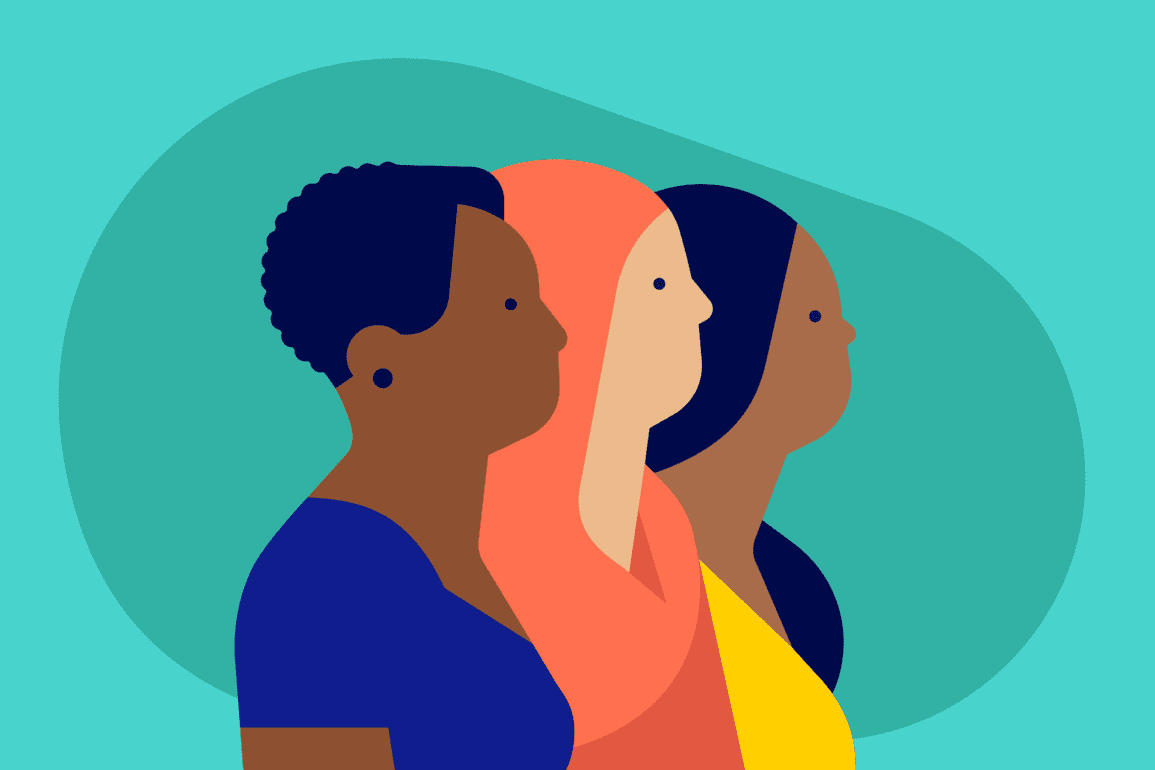 Mountain Lake PBS is proud to celebrate Women’s History this March and all year round!

March is Women’s History Month! Started in 1978 as a week-long celebration in California, Women’s History Month has developed into a nationwide, month-long recognition of women’s historic and contemporary contributions to society. Today, we continue this tradition with documentaries, educational articles, fun activities and more, to expand our understanding of the key role women have played in shaping the culture of the United States and beyond.

Continue below to learn about diverse contributions by women to history, politics, science, art and more with PBS Parents articles and PBS LearningMedia resources for all ages, and a full lineup of programs in our weekday Learning at Home block.

Women’s History & Contributions: Now and Then

Grades K-6
UNC-TV Public Media North Carolina’s GIRL Power! is shining a light on girls of ALL ages who lead, mentor, inspire and impact those around them by tapping into their unique strengths. Check out this collection of their stories on PBS LearningMedia.

Grades 6-12
Unladylike2020 honors the centennial of women’s suffrage. This collection of digital resources presents the rich history of 26 little-known Progressive Era women, diverse in profession, race, ethnicity, geographical and class backgrounds, sexual orientation and gender expression, who broke barriers in then-male-dominated fields such as science, business, journalism, exploration, and the arts. Touching on topics such as the labor movement, immigration, politics, civil rights, and women’s suffrage, these resources develop students’ historical thinking skills and help them make connections between past and present.

Women in STEM | The Secret Life of Scientists & Engineers

Grades 6-12
Learn about contemporary women scientists in the fields of aerospace, mechanical engineering, climate science, molecular biology, astronomy and more with this collection of video interviews from NOVA’s The Secret Life of Scientists & Engineers.

Grades 9-12
In this episode of The Art Assignment, learn about a group of supremely awesome and unapologetic artists who take risks, question art-world practices, and also happen to be women. They are truly inspirational artists who make a wide range of work. We’re calling them “Fierce Women of Art” and this episode singles-out and celebrates five of them: the Guerrilla Girls, Corita Kent, Lynda Benglis, Xiao Lu, and Kara Walker.

Grades K-2
Learn all about Cleopatra, ruler of Egypt over 2,000 years ago! Cleopatra was in power for more than 20 years, despite many challenges to her throne, and was the last active Pharaoh of the Ancient Egyptian Empire. She spoke seven languages, traveled to many ancient lands, and is still one of the most famous women in world history.

Grades 3-5
Throughout her life, Patsy Mink faced obstacles because she was Asian and female. But Mink did not give up her pursuit of a political career. In 1964, she was elected to Congress in her second attempt. In Congress, she co-authored Title IX, a law to ensure that no one will be discriminated against in education and federally-funded activities based on gender. In addition to working on Title IX, Mink also fought racial barriers by supporting civil rights legislation.

Grades 3-8
An abolitionist and feminist during the nineteenth century, Sojourner Truth demanded not less discrimination, but no discrimination. Truth escaped enslavement and, despite being unable to read or write, rose to be a leader in the fight for equality and fair treatment for both women and African Americans. Learn about the remarkable career of this persevering woman who lived up to her self-chosen name.

Grades 6-12
Learn how Hedy Lamarr struggled to transcend the “bombshell” label placed on her by Hollywood in this media gallery from the American Masters film Bombshell: The Hedy Lamarr Story. Lamarr was an early feminist—before the term was commonly used—who broke barriers as a movie producer and in daring to establish herself as an inventor.

Grades 9-12
Examine the life and influence of Audre Lorde, a Black feminist lesbian poet who believed that naming our full identities was an essential part of radical social change. Utilizing video from First Person: Classroom, discussion questions, and teaching tips, students will learn about intersectionality, and how to speak one’s own truth.

Grades PreK-4
In honor of Women’s History Month, here are 15 books about impactful and inspirational historic and modern-day women. While some of these women are well-known, others are not — yet all of them have made an important mark on the world.

Grades PreK-4
Getting young girls involved in positive organizations can build their self-confidence and help them discover what they love. PBS Kids for Parents shares eight organizations that help girls do just that.

Grades K-2
Teach your little learners about Amelia Earhart with this printable 2-page biosketch from Xavier Riddle and the Secret Museum! And there’s more in the support materials, like sentence starter and fill-in-the-fact worksheets too. Can’t get enough? Help Amelia find all the words related to her travels with this fun Word Search Puzzle.

Grades 6-12
In this virtual learning-ready lesson, learn about women with great character, then identify and write a brief description about an inspiring woman of character in your own life. Students can submit a picture and a short description using the tag #PBSWomenWhoInspire on Instagram about a woman who has inspired them.

During Women’s History Month, check out the Mountain Lake PBS Learning at Home block, all March long! Join us as we celebrate, honor, and learn about the important contributions made by women throughout history and today.

1 PM: Secrets of the Surface: The Mathematical Vision of Maryam Mirzakhani

Filmed in Canada, Iran, and the United States, Secrets of the Surface: The Mathematical Vision of Maryam Mirzakhani examines the life and mathematical work of Maryam Mirzakhani, an Iranian immigrant to the United States who became a superstar in her field. In 2014, she was both the first woman and the first Iranian to be honored by mathematics’ highest prize, the Fields Medal.

2 PM: By One Vote: Woman Suffrage in the South

In August 1920 in Nashville, Tennessee legislators cast the deciding vote to ratify the 19th Amendment, thus giving women in the United States the right to vote. Narrated by Rosanne Cash, By One Vote: Woman Suffrage in the South chronicles events leading up to that turbulent, nail-biting showdown.

Black Ballerina is a story of passion, opportunity, heartbreak and triumph of the human spirit. Set in the overwhelmingly white world of classical dance, it tells the stories of several black women from different generations who fell in love with ballet. Sixty years ago, while pursuing their dreams of careers in classical dance, Joan Myers Brown, Delores Browne and Raven Wilkinson (the Ballet Russe de Monte Carlo’s first black ballerina) confronted racism, exclusion and unequal opportunity in segregated mid-century America. In 2015, three young black women also pursue careers as ballerinas, and find that many of the same obstacles their predecessors faced are still evident in the ballet world today. Through interviews with current and former ballet dancers along with engaging archival photos and film, Black Ballerina uses the ethereal world of ballet to engage viewers on a subject that reaches far outside the art world and compels viewers to think about larger issues of exclusion, equal opportunity and change.

An intimate portrait of the groundbreaking writer that interweaves archival imagery, including home movies and personal photographs, animation and original interviews to tell the inspiring story of Tan’s life and career.

2 PM: Votes for Women: The History of Women’s Suffrage Through Song

Learn of the woman’s suffrage movement as you listen to Women in Harmony of Portland, Maine sing songs of suffrage and hear of the history of the long battle for the right to vote through narrated segments illustrated by historic archival material.

A new documentary spearheaded by Rochester-based filmmaker Linda Moroney of Low to the Ground Productions visits the gravesites of several suffragists at five cemeteries across New York State on Election Day 2020. Women and the Vote is a mosaic-style documentary on the past 100 years of women’s political equality, the present moment, and the possibilities for the future.

She was the toast of Victorian London, New York, and Paris. She was “adopted” by Indian chief Sitting Bull, charmed the Prince of Prussia, and entertained the likes of Oscar Wilde and Queen Victoria. Annie Oakley excelled in a man’s world by doing what she loved, and won fame and fortune as the little lady from Ohio who never missed a shot.

Meet the unsung heroes of the movement and relive the fiery, dramatic and unrelenting campaign that led to passage of the 19th Amendment, granting American women the vote and ushering in the largest expansion of voting rights in U.S. history. In the first hour of “The Vote,” learn about the first generation of leaders in the decades-long battle to win the vote for women. In the 19th century, a time women had few legal rights, Susan B. Anthony and Elizabeth Cady Stanton galvanized thousands to demand equal citizenship.

Meet the unsung heroes of the movement and relive the fiery, dramatic and unrelenting campaign that led to passage of the 19th Amendment, granting American women the vote and ushering in the largest expansion of voting rights in U.S. history. In the second hour of “The Vote,” explore the strategies used by a new generation of leaders determined to win the vote for women. Internal debates over radical tactics and the place of African American women in the movement shaped the battle in the crucial period from 1906-1915.

Meet the unsung heroes of the movement and relive the fiery, dramatic and unrelenting campaign that led to passage of the 19th Amendment, granting American women the vote and ushering in the largest expansion of voting rights in U.S. history. In the third hour of “The Vote,” discover how the pervasive racism of the time, particularly in the South, impacted women’s fight for the vote during the final years of the campaign. Stung by a series of defeats in 1915, the suffragists concentrated on passing a federal amendment.

Meet the unsung heroes of the movement and relive the fiery, dramatic and unrelenting campaign that led to passage of the 19th Amendment, granting American women the vote and ushering in the largest expansion of voting rights in U.S. history. In the fourth hour of “The Vote,” meet the unsung women whose tireless work would finally ban discrimination at U.S. polls on the basis of sex. Alice Paul and Carrie Chapman Catt advocated different strategies, but their combined efforts led to the amendment’s passage in 1920.

Acclaimed for her extraordinary lyricism, technique and versatility, multiple Grammy winner Sharon Isbin is considered one of today’s pre-eminent classical guitarists. Isbin’s catalogue of more than 25 recordings — ranging from Baroque, folk and Latin to rock, pop and jazz-fusion — reflects her remarkable versatility. Combining performance and documentary, Sharon Isbin: Troubadour focuses on Isbin’s unusual and inspiring musical journey, including her struggles working within a traditionally male-dominated field. The film also explores Isbin’s role as teacher to a new generation of guitarists at both The Julliard School, where she created the first guitar department, and the Aspen Music Festival.