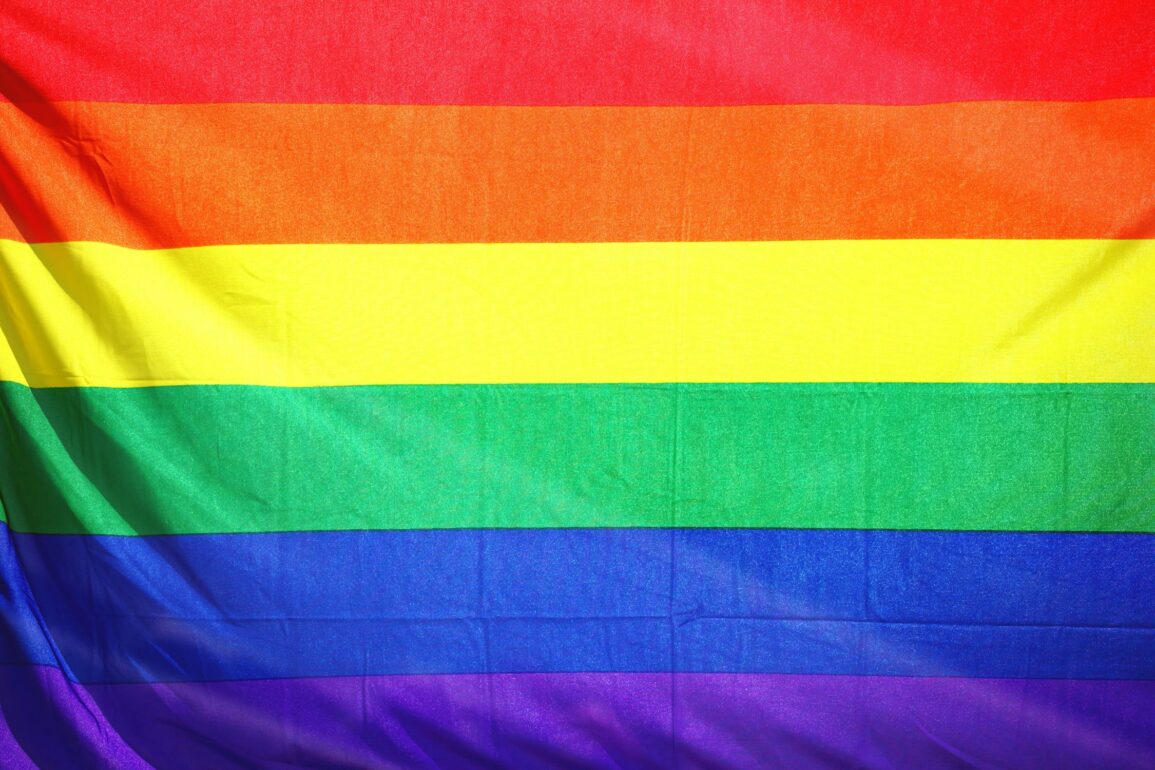 Mountain Lake PBS is proud to celebrate LGBTQ+ Pride this June and all year round!

Pride is the celebration of the LGBTQ+ community and the LGBTQ+ rights movements. It is dedicated to the self-affirmation, equality, and visibility of lesbian, gay, bisexual, transgender, and queer people. Many people don’t know how these celebrations began or how best to talk about these topics with their children — whether their kids are LGBTQ+ or not. It is important for our children, and for us, to know that Pride is more than just parades and rainbows. So, how can we openly and authentically discuss these subjects with our kids?

Check out the resources below to learn more about the history of Pride and LGBTQ+ rights, how to be an ally and advocate, and what it means to be part of the LGBTQ+ community today.

Learn About LGBTQ+ History: Then & Now

Grades 6-12
The Supreme Court announced a milestone decision in 2020, ruling that job discrimination on the basis of sexual orientation or transgender identity is illegal. What is the significance of this decision for LGBTQ rights, even beyond the realm of employment? Judy Woodruff talks to the Human Rights Campaign’s Alphonso David and the ACLU’s Chase Strangio, one of the lawyers who worked on the case.

Grades 6-12
June is Pride Month—a month to celebrate and recognize the contributions of the LGBTQ+ community. This month coincides with the Stonewall Riots, a series of protests started by a black transgender woman named Marsha P. Johnson. These 1969 riots are largely credited with sparking the contemporary LGBTQ+ rights movement. However, in the years since, not everyone has benefited equally. Black trans people such as Marsha P. Johnson “have not benefited from the movement that they started,” according to Soros Equality Fellow and creator of Translash Media Imara Jones.

The Pursuit: 50 Years in the Fight for LGBT Rights

Grades 9-12
The Pursuit is a reflection on 50 years in the fight for LGBT rights. Contrasting stories from LGBT experiences past and present, a complex and vibrant picture emerges that demonstrates both how far the community has come and how far there is left to go.

The LGBTQ Movement and Stonewall Riots

Grades 9-12
In this video, learn about the LGBTQ Movement, the Stonewall riot and its enduring impact. Using video, discussion questions, and classroom activities, students can explore LGBTQ history, examine cause and effect, and create an argument-based claim.

From Stonewall Riots to Raves: How Did Pride Become a Parade? | Origin of Everything

Grades 9-12
June is Pride Month and, if not for the coronavirus, streets around the world would be filled with the LGBTQIA Community living loud and proud. But how did the New York City Stonewall Riots turn into a month-long celebration? And specifically, how did we get from picketed protests like the Annual Reminder in Philadelphia to massive parades and parties around the world?

Grades 9-12
Learn about the Lavender Scare and its lasting impact on the LGBTQ community in this video from First Person: Classroom. Utilizing video, discussion questions, vocabulary terms, teaching tips, and primary source documents, students will analyze the impact presidential orders have had on the LGBTQ community over the past half century.

History of The Word Gay | Origin of Everything

Grades 9-12
The word “gay” has a long history in the English language, but why did “gay” stop meaning “happy” and start referring to “same sex relationships”? Watch this episode of Origin of Everything to find out.

Grades 6-12
Learn about the trailblazing, gender non-conforming performer Gladys Bentley with this digital short from Unladylike2020. Constantly reinventing herself, Bentley challenged norms and pushed boundaries. Support materials include discussion questions, vocabulary, a research project on queer identity during the Harlem Renaissance, and a close reading of Bentley’s famous essay, “I am a Woman Again”.

Grades 6-12
Examine the life and legacy of one of America’s most influential equal rights leaders, Pauli Murray, in this video from First Person: Classroom. Using the video, discussion questions, teaching tips, and oral history activity, students learn about Pauli Murray and how her life intertwined with the Civil Rights and Women’s Movement in the United States.

Grades 9-12
Learn about James Baldwin, the man, writer, culture critic, and activist, in this video from First Person. In the accompanying activities, students use archival footage, speeches, and passages from his most famous works to learn about the intersectionality that defined and influenced Baldwin’s career.

Grades 9-12
In this video, learn about trans activist Marsha P. Johnson and her impact on the LGBTQ Movement. Utilizing video, discussion questions, teaching tips, and examination of important terms to know, your students will gain a thorough understanding of Johnson’s goals as an activist and organizer—and her lasting impact on the LGBTQ movement. Then students apply what they’ve learned from Johnson’s work and develop a platform around an issue that matters to them in an effort to organize their local community.

Grades 6-12
Understanding LGBTQ+ Identity: A Toolkit for Educators offers a series of digital media resources to help teachers, administrators, guidance counselors, and other educators understand and effectively address the complex and difficult issues faced by LGBTQ students. All video content is scaffolded by a suite of materials (informational text, conversation guides, discussion questions, and teaching tips) to facilitate their use in either classroom or professional development settings. When used in tandem, the videos and accompanying educational resources will help promote understanding, awareness, and self-esteem.

Talking to Your Child About Identity: A Resource for Parents – Planned Parenthood

Grades PreK-12
Lesbian, gay, bisexual, transgender, queer, and gender nonconforming people are a part of every community and beloved members of many families. Learn how to discuss sexual orientations and gender identities with your kid, and how to support them if they’re LGBTQ. Find resources and tips for talking to children of all ages.

The Lesbian, Gay, Bisexual, Transgender, Queer, Questioning, Intersexed (LGBTQI*) community represents a diverse range of identities and expressions of gender and sexual orientation. While belonging to the LGBTQI community can be a source of strength, it also brings unique challenges. For those who identify as LGBTQI, it’s important to recognize how your experience of sexual orientation and gender identity relates to your mental health. Find steps towards seeking LGBTQI-competent care, and a list of resources for educational and support topics on a range of LGBTQ+ topics.

During LGBTQ+ Pride Month, check out Mountain Lake PBS programming dedicated to telling the stories of the LGBTQ+ community, all June long! Join us as we learn about LGBTQ+ history and celebrate the important contributions made by LGBTQ+ Americans.

“Prideland” is a one-hour special and short-form digital series following host and “POSE” actor Dyllón Burnside on a journey across the American South to meet diverse members of the LGBTQ+ community who are finding ways to live with pride in the modern South. We begin with a one-hour broadcast special, kicking off Burnside’s expedition in his own hometown of Pensacola, Florida. He explores what the South means to him, talks about how he was fired from his church for coming out, and discusses how the South is home to more queer people than any other region in the U.S.

Ballerina Boys is a portrait of Les Ballets Trockadero de Monte Carlo (The Trocks), an all-male ballet company and international dance sensation. For over 45 years the company has shared their signature style and message of equality, inclusion and social justice with audiences around the world. The men perform classical ballet en pointe and in drag, challenging the art form’s rigid gender norms as they mix rigorous technique with comedy and satire. Inspired by the Stonewall Riots of 1969, the company was fueled by the spirit of defiance and creative exuberance that the gay rights movement unleashed. The film follows The Trocks on tour in the Carolinas, an epicenter of continued struggles for LGBTQ rights.

With the United States gripped in the panic of the 1950s Cold War, President Dwight D. Eisenhower deemed homosexuals to be “security risks” and vowed to rid the federal government of all employees discovered to be gay or lesbian. Over the next four decades, the longest witch-hunt in American history, tens of thousands of government workers would lose their jobs for no reason other than their sexual orientation. But the mass firings have an unintended effect: they stirred outrage in the gay community, helped ignite the gay rights movement, and thrust an unlikely hero into the forefront of the LGBTQ rights movement. Based on the award-winning book by historian David K. Johnson, The Lavender Scare illuminates a little-known chapter of American history, and serves as a timely reminder of the value of vigilance and social action when civil liberties are under attack. 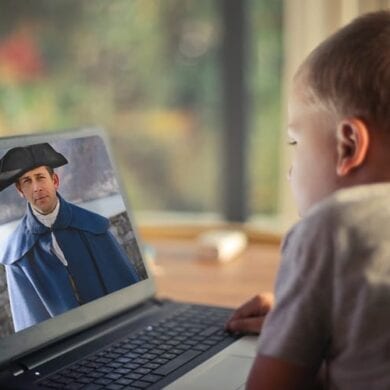