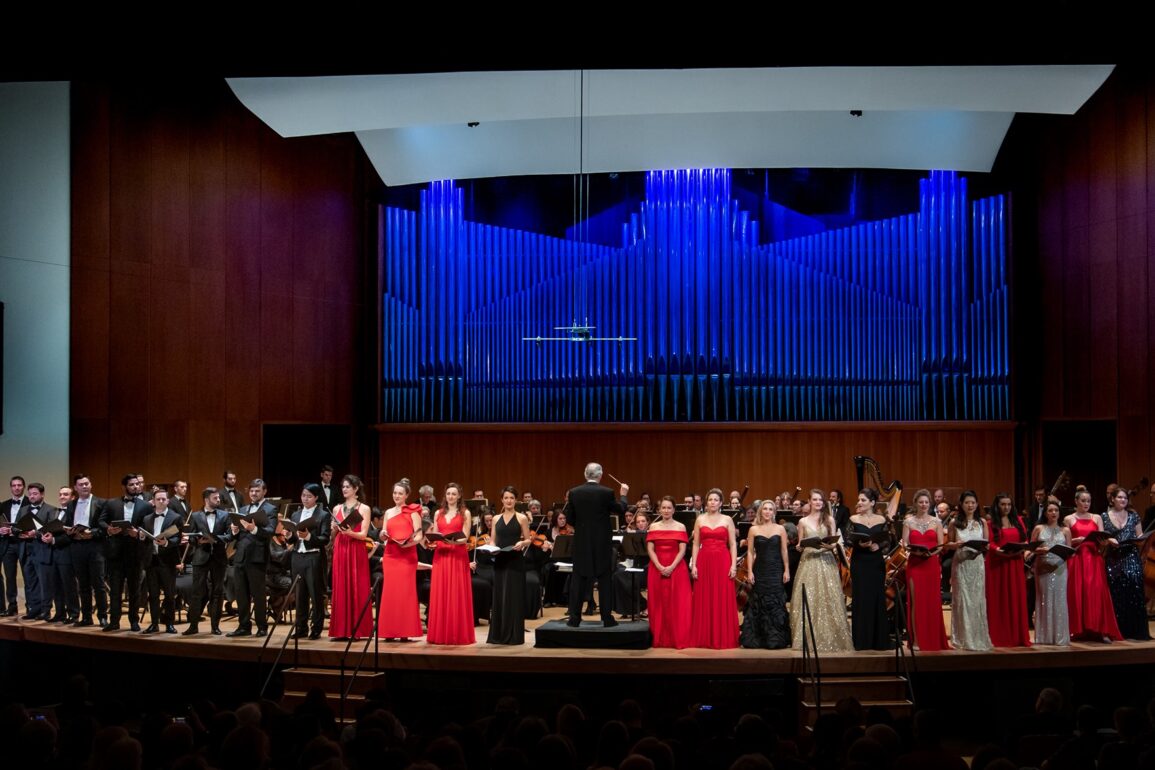 Do the melodies of La Bohème bring you happiness? Are you singing the Barber of Seville in the shower? Are you curious about the musical legacy of accomplished female musicians ? Do you dream of welcoming Carmen in your living room?

Gen’s Delights is happy to present Bravissimo45: an enchanting, online opera Gala as well as introducing the exciting 2021-22 lineup for the OCM’s 82nd season: Women of Distinction.

The Théâtre Lyrichorégra 20– Jeunes Ambassadeurs Lyriques is happy to invite you to celebrate their 45th anniversary in grand manner with their online gala concert: Bravissimo 45!

The concert gala is available via webcast and will be be streamed online until August 7th 2021.

Created in Canada in 1994 by Tenor Alain Nonat, the Jeunes Ambassadeurs Lyriques is an international training and professional career development program for young opera singers aged 18 to 35., The program focuses on helping young singers from Quebec and other Canadian provinces to start an international career in Europe and Asia.

Come and applaud 16 of the most promising singers that comprise the next generation of Canadian lyrical artists, such as Hugo Laporte, Catherine St-Arnaud or Suzanne Taffot as well as hear the beautiful voices of well established singers, such as Marc-Antoine d’Aragon or Marianne Lambert.

Also on the program will be an enchanting and elegant performance of 5 invited Chinese dancers and instrumentalists.

The OCM is happy to announce it’s 82nd edition under the theme: WOMEN of DISTINCTION / Homage to Lotte Brott

The Orchestre Classique de Montréal (OCM), in its second year in residence at Pierre-Mercure Hall, is proud to announce its 82nd season: Women of Distinction. The season will pay homage to the 100th anniversary of a highly accomplished woman, principal cellist, co-founder of the OCM and Manager for over 4 decades, Lotte Brott.

“I am thrilled to be dedicating the 21-22 season celebrating great women, to my mother Lotte Goetzel Brott who was an extraordinary woman well ahead of her time. As her eldest son, I know she would be thrilled that the OCM is continuing the tradition of great music to which she and my father Alexander dedicated their lives.” says Boris Brott, Artistic Director and principal conductor of the OCM.

After a season of online concerts broadcast from the Pierre-Mercure Hall, the OCM is looking forward to re-welcoming a live audience at this wonderful venue known for its superb acoustics, intimate size and flawless accessibility.

The OCM has gained recognition for delivering eclectic and diverse programming. The 21-22 season will continue on this path with 11 performances featuring star-studded female soloists and new works by female composers.

Unless otherwise mentioned, all performances will take place at 7:30pm and will be conducted by Boris Brott.

On November 23rd, 2021, the OCM presents Tales and Melodies featuring Barbara Croall in a premiere of her own concerto for pipigwan (Anishnaabe wooden flute) Gwekaanmat, while mezzo-soprano Julie Boulianne will be featured in a new arrangement by François Vallières, of Ravel’s Shéhérazade. She will also perform with pianist Jean-Philippe Sylvestre, Ravel’s Cinq melodies populaires grecques.

On February 15th, 2022, the OCM presents Echoes of the Steppes, a program of Slavic composers including Melodiya by Myroslav Skoryk, a premiere by Canadian-Ukrainian composer Larysa Kuzmenko called Kurelek’s Gallery, and Serenade for Strings by Dvorak. Trumpet player Karen Donnelly and pianist Serhiy Salov will perform the Shostakovich Concerto in C minor, opus 35.

On April 28th, 2022, renowned Montreal soprano Karina Gauvin will be the star of OCM’s Forever Handel concert featuring arias and works by G. F. Handel. This concert will be a co-production with Ensemble Caprice and will be co-conducted by Boris Brott and Matthias Maute.

The penultimate concert of the season, on May 17th, 2022 will be called Grandes Québécoises. It will feature harpist Valérie Milhot, pianist Élizabeth Pion, guitarist Annie Labrie, and flutist Nadia Labrie.

A larger symphonic concert will end the season at the Maison Symphonique on May 27th, 2022, and will be announced at a later date.

For more information on these up-coming concerts , please visit the OCM’s website :