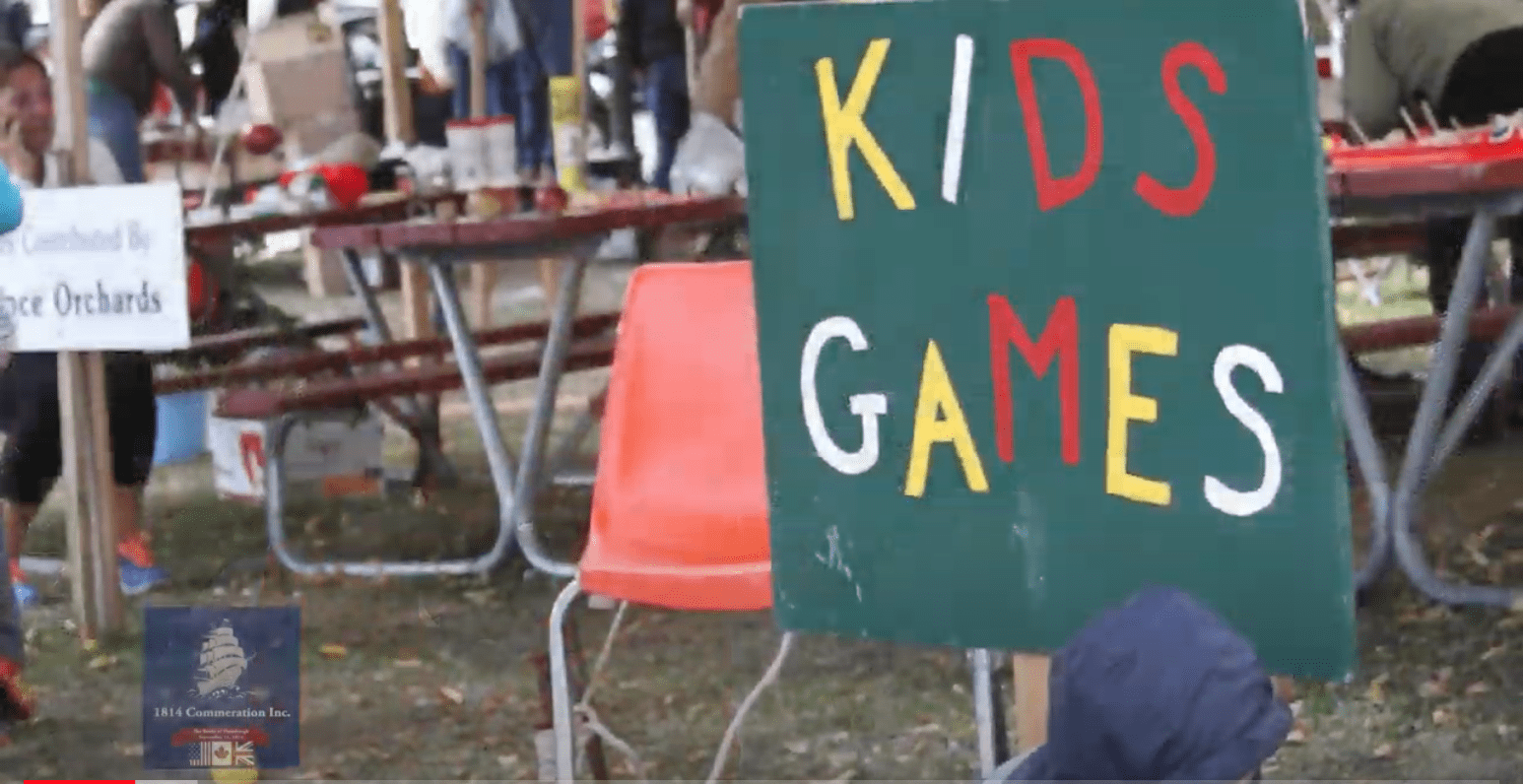 Fun & Games as the 2020 Battle of Plattsburgh Goes Virtual

Join in the fun and games as the Battle of Plattsburgh is celebrated virtually!

On September 11, 1814 a critical battle of the War of 1812 was fought. The land and naval Battle of Plattsburgh led to the Treaty of Ghent that ended one of the few wars fought on United States soil. In remembrance of this historical event, Plattsburgh’s annual series of events, celebrations, and reenactments will be hosted by 1814 Commemoration Inc. online, and with special programs broadcast on Mountain Lake PBS.

A favorite of each year’s festivities, historical games and activities for children celebrating and replicating the pastimes of young people in the early 1800’s are still on tap for all to enjoy!

Join Stan and Chris Ransom as they demonstrate some great games of yesteryear that even kids of today will love to play! And if you’re looking for a few to try out with your little ones, scroll down below for easy, at-home options to enjoy as a family.

You’ll need: Four sticks (two for each player), one hoop.
You can use drum sticks, sticks from the garden, and any small hoop for this game.

To play: In this game, kids would use two sticks and a wooden hoop to pass the wooden hoop back and forth to each other. Whoever has the hoop would cross their sticks in an X fashion, with the hoop hanging off the sticks, and then suddenly straighten the sticks causing the hoop to fly into the air! The other player would then try and catch the hoop with their two sticks. Try it out with your family – it’s not as easy as it looks!

You’ll need: To make your own, grab a pair of scissors and cut out 4 paper or cardboard disks, with each disk slightly smaller than the next, and punch a hole at each one’s center. For extra fun make each disk a different color! Then take 3 sticks (these can be chopsticks, pencils, or small dowels) and sink each into a ball of play-dough or clay. This way each stick stands up tall; ready for you to slide your disks onto.

You can also buy a pre-made game set of your own, or use a few classic ring stacker games if you’ve got them laying around the house.

To play: The Tower of Hanoi is a puzzle game with a pretty simple premise. You have at least 3 rings of varying sizes stacked on top of each other with the smallest on the top and the largest on the bottom. They are all sitting on a board that has 3 poles on it, with the rings set on the farthest left pole to start. The goal of the game is to get all the rings from the left pole to the right pole and in the same arrangement that they started with (smallest on top, largest on bottom). You can only move one ring at a time, and a larger ring can never be on top of a smaller ring.

You’ll need: To make your own, you can use a flat board or tray to play on, 2 dice, and dominos with numbers or dots to flip over. Or, you can find pre-made game sets like this one to order for your home game cabinet!

To play: A great game for number recognition, Shut the Box is a dice game where the goal is to flip up all the numbers along the top of the box.

The game ends when you make a roll and can no longer flip up any numbers. So for example if you rolled a 3 and the 1, 2, and 3 tiles are already flipped the game would be over! Add up the numbers that you flipped and that’s your score (so if 1, 2, and 3 were the only numbers you flipped, your final score would be 6).

For a more competitive game that’s great for older children, take turns seeing who can get the highest overall score! If a player manages to flip all the numbers, they are instantly the winner.