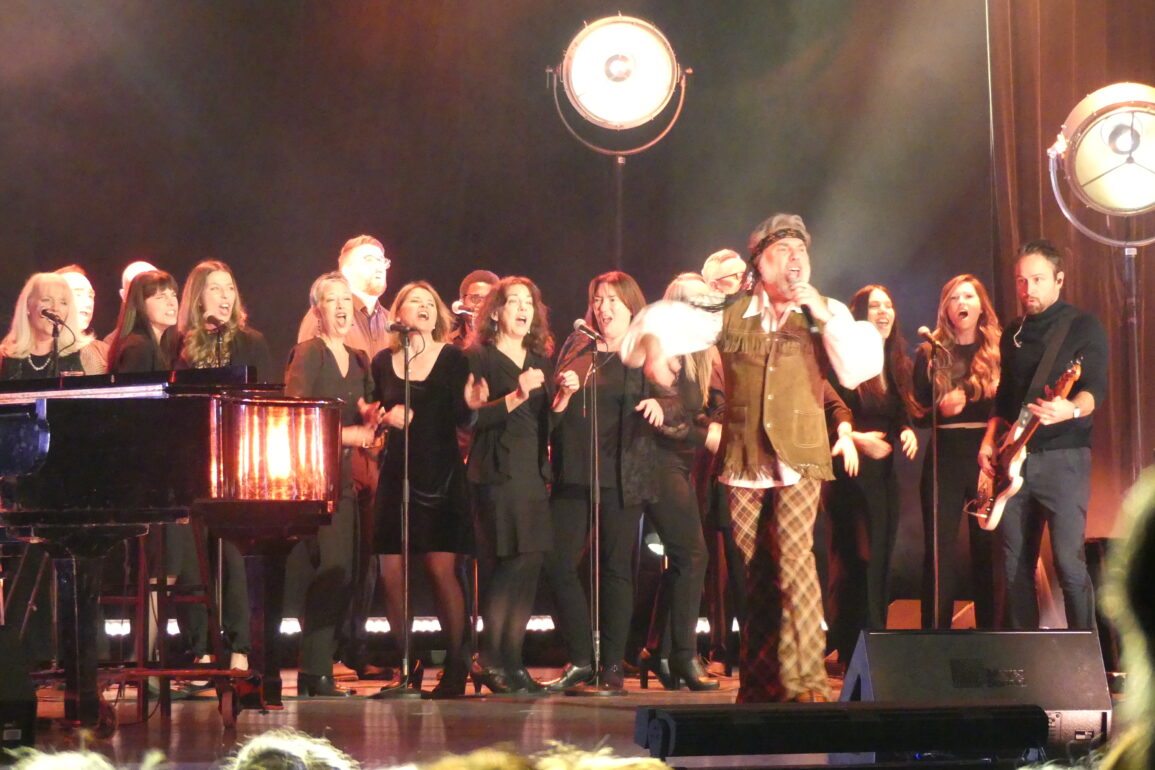 Have you felt down recently? More specifically on a Monday ?

This day is known as the most “gloomy” of the year. Blue Monday, which occurs on the third Monday in January, is the ideal synthesis of the post-holiday wind-down, paired with gloomy weather and an increase in burnout.

Things just DO NOT fall into place or go according to plan on a Blue Monday…or do they ?

Last Monday January 23rd, there just might have been a shred of light at the end of the tunnel at La Nuit de la déprime 3rd ÉDITION, held at Théâtre St-Denis where a plethora of amazing local artists came together to perform and raise funds and awareness for the Fondation Ronald-Denis, an organization that offers swifter access to breast and bariatric surgery to patients.

The evening was animated by French comedian and host : Christian Bégin – Public (below)

Followed by musical prestations , poetry and comedy acts by Quebec stars such as :

Following the theme of the evening, most of the chosen repertoire had a somewhat ‘gloomy’ or ‘tragic’ vibe associated with them, such as: ”Je suis venu te dire que je m’en vais ” ( I came to say that I’m leaving you ) a melancholy song written by Serge Gainsbourg and performed just as woefully by French singer Andrea Linsday.

The ever fiery Lulu Hugues delivered a dramatic presentation of Jacques Brel’ ”Ne me quitte pas” ( Do NOT leave me ).

and finally , “Je suis malade” (I am sick) a 1973 song by Alice Dona and Serge Lama popularized by Lara Fabienne and sung at the close of the concert with much theatricality by up-coming operatic star Vladimir Korneev was met with thunderous applause.

OBESITY IS A MODERN DAY PLAGUE

Dr. Ronald Denis founded the Ronald-Denis Foundation in 2008; it is a non-profit, public charitable foundation. Dr. Denis is a renowned surgeon who is passionate about giving back to his community and working to improve the health of his patients and their families. Its goal is to improve the effectiveness of the healthcare system. He takes a leading role in the management and expansion of the foundation.

The Foundation is particularly of the opinion that access to surgical care within an acceptable time frame is a fundamental human right, particularly in delicate fields like bariatrics and breast cancer.

The next TRAGIC but HILIARIOUS and UP-LIFTING edition of La Nuit de la déprime 4th ÉDITION, is scheduled for next January 22nd 2024 .

Ticket reservations and sales are already available at Théâtre St-Denis

To learn more about the Ronald-Denis Foundation please visit :