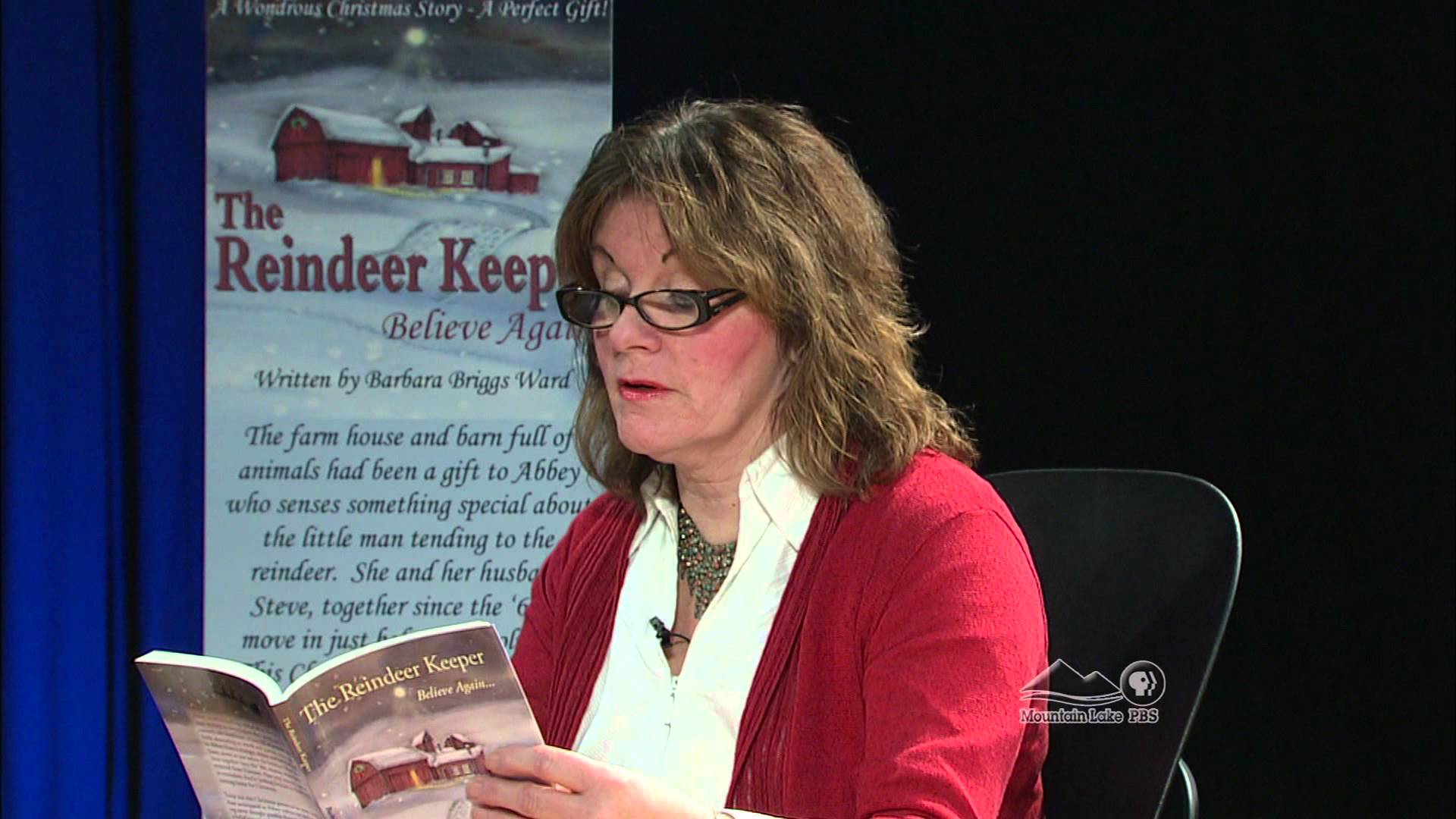 Barbara Briggs Ward talks about recapturing the lost holiday magic from childhood in this Author Visit with producer Paul Larson.

Barbara Briggs Ward, author and self-taught illustrator, lives in Ogdensburg, New York. She is the creator of the Snarly Sally picture book series. Ward has been published in McCall’s, Ladies’ Home Journal, Highlights for Children and The Crafts Report. Her short story, “In Anticipation of Doll Beds” was included in the Chicken Soup for the Soul book, Christmas Magic, October 2010.  Her first work of fiction for adults, “The Reindeer Keeper”-a story of family and Christmas, was honored with a Mom’s Choice Awards Gold Recipient for Adult Fiction, August 2011.

The Reindeer Keeper an award-winning story of family and Christmas
Abbey senses something special about the little man tending to the reindeer who, along with a century-old farmhouse, a barn full of animals, and fields abounding in woods and pasture, was a gift to Abbey from a stranger. Abbey and her husband Steve, move in just before the holidays. They’ve been together since the ‘60s, eloping when Steve returned from Vietnam. Now with Abbey’s cancer in remission, they’re looking forward to their boys coming home for Christmas. Turns out this Christmas proves to be more magical than anticipated as Abbey realizes an understanding never thought possible through the rekindling of a belief rooted in childhood. It’s who delivers this gift on Christmas Eve that gives Abbey and Steve the strength to face their greatest challenge.

Snarly Sally’s Garden of ABCs Complete with a fun-time page in the back of the book designed to bring the little readers/listeners back into the storybook, this rhyming ABC book is a tongue-twisting, brightly illustrated book for both enjoying and learning. Snarly Sally becomes the bug doctor-grows a garden of onions, paints stripes on zebras and so much more.