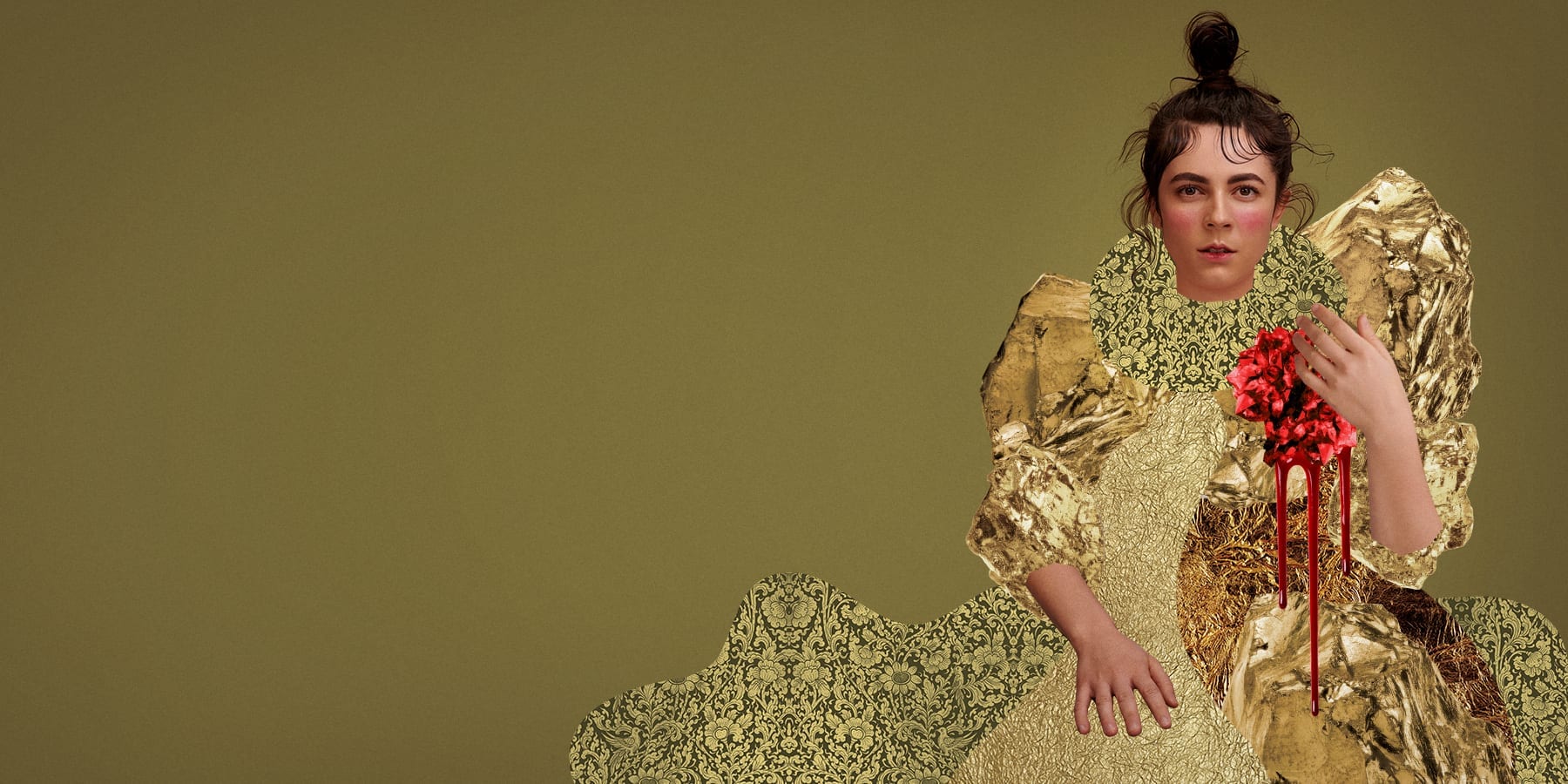 Angels, Gods, Piety and a Lost Paradise in the city

L’Opéra de Montreal’s latest production to grace the stage this winter is “Written on Skin,” an English opera in 15 scenes written by British composer George Benjamin with a libretto by Martin Crimp, that blends together scenes and characters from both modern and medieval times. Written in 2012, the opera enjoyed its Canadian Premiere at Place des Arts’ Salle Wilfrid Pelletier last Saturday and continues its run through Feb. 2nd 2020.

At its core, the opera is about a hapless trio of puppet-like characters, doomed by external forces.

The staging is simple: the opera mostly takes place in a medieval family home of a married couple. The set was designed to give of an “apocalyptic” vibe – as stated by set designer Olivier Landreville. The wife Agnes, (also referred to as the Woman and interpreted by soprano Simard-Galdès) appears at first to be complacent and submissive to her controlling and abusive husband (The Protector: Canadian bass Daniel Okulitch). Their gray-routine lives are forever changed when the husband hires a young manuscript illustrator ( The Boy : Italian countertenor Luigi Schifano) to create an illuminating account of his domain and family achievements to be put into images and letters on parchment , thus the word “skin” of the title.

Observed by a sinister trio of dark angels (Dressed soberly in local designer Philippe Dubuc and featured above in a photo taken by Yves Renaud – one of whom doubles as The Boy), the celestial beings quietly observe the inevitable destruction of the household when Agnès, empowered and inspired by new ideas and possibilities, begins an affair with the Boy. The couple enrage the Protector even further when he discovers his wife’s infidelity by reading the words of the illustrator, who penned the chronicles of their affair in his book at his lover’s request.

The opera culminates in a most dramatic and cannibalistic way by having the Protector murder the Boy and serving up his heart to Agnes on a silver covered platter.

Up until this pivotal climax, the instrumentation, expertly provided by Montreal’s OSM orchestra is rather subdued, detached and non – tonal: stones, a typewriter and even a glass harmonica with “angelic” musical properties contribute to the somewhat enigmatic score.

You can even hear the clattering of forks and knives up until Agnes’ first bite – at which point the percussion section volubly fill the hall with clamor marking the entire weight of this ghastly act.

As the opera comes to a close, the angels focus their piercing judgment on the chilling denouement of this human disaster…

Written on Skin by George Benjamin, continues its run tonight January 30th at 7:30 pm and February 2 at 2 pm at Place des Arts

For more information  and tickets :

In this new production written by Erin Shields and directed by Jackie Maxwell, veteran actress Lucy Peacock delivers a powerful performance as the frightfully charismatic Satan – whose deadset on revenge and casting a dark light on the true happenings and confrontations set between the Almighty, the celestial beings that surround him and God’s treasured new creations (humans) housed in the Garden of Eden on Earth.

There is a never a lull or dull moment in the play, despite its forbidding religious source material.

Shield deftly deals with heavy content with humor and a relaxed attitude towards Religion as a whole – including poking a bit of fun at the omnipotent all- knowing nature of the Creator.

Having the power of all-encompassing wisdom can certainly be weighty. God saunters sulkily around the stage suffering from the memories of his recent battle with the fallen angels and the pain contained within the knowledge of humans eventual disobedience and fall from grace.

Other comical and uplifting moments include us witnessing the innocent, naked frolicking and doe-eyed discoveries of newly created humans, Adam and Eve (played deftly by Qasim Khan & Amelia Sargisson respectively) as they eat and play in the garden of Eden – (A playful nod to Canada from Shields by including maple syrup!) and chuckling at the mentor-like uppity attitude adopted between the two guards assigned to watch over them.

Ultimately, it is the overall looming theme of the loss of our own innocence in our currently down spiraling world and the ‘all too human’ truths and reactions of Satan in the wake of her revenge towards God that wields the most power over the audience.

With Paradise Lost, Shields delivers a truly human and thought provoking adaptation with a feminine twist that leaves you questioning the nature of God’s innate plan for mankind.

For more information and tickets please

From the creative mind of acclaimed director Peter Sellars comes his very first acappella staging and most personal work to date.

The world-renowned California ensemble will perform its astonishing a cappella interpretation of Lagrime di San Pietro, with twenty-one singers transforming this 75-minute sweeping a cappella Renaissance masterpiece – committed to memory and dramatically staged – into an overwhelmingly emotional performance piece.

Set to the poetry of Luigi Tansillo (1510-1568), “I accept responsibility” is the fundamental theme of this work depicting the seven stages of grief that St. Peter experienced after disavowing his knowledge of Jesus Christ on the day of his arrest and prior to his crucifixion.

Sellars translates Lagrime through a contemporary lens, suggesting a powerful allegory that by taking responsibility and facing our past head-on, we can forge a more resolved and fulfilling future.