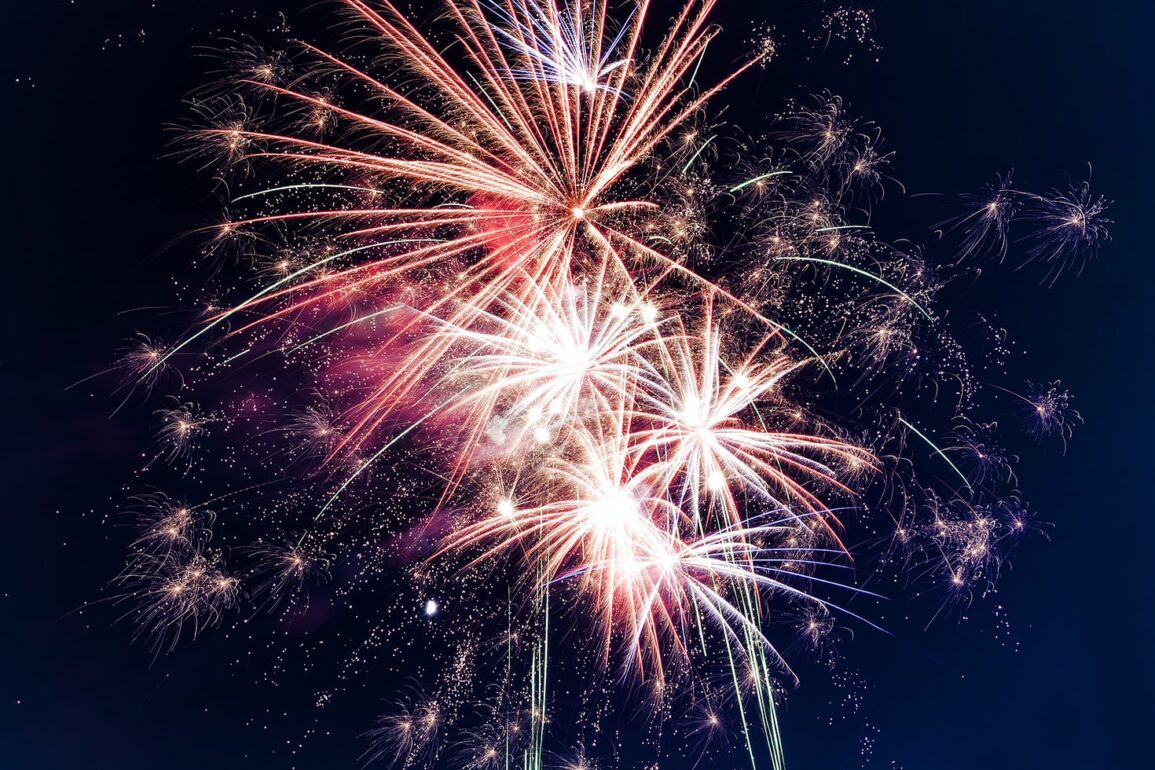 People around the globe celebrate the end of one year and the beginning of a new one on different dates based on lunar or seasonal calendars and cultural or religious systems. In the United States, we celebrate the year’s end on December 31st, also known as New Year’s Eve, and at the stroke of midnight as it officially changes to New Year’s Day.

The holiday we know as New Year’s Day began thousands of years ago with the ancient Babylonians and has evolved with the traditions and customs of each time and place. Today, many people across the United States have parties, watch celebratory firework displays or annual events like the lighted “ball drop” in New York City’s Times Square, and sing the traditional Scottish song “Auld Lang Syne” just after the clock strikes midnight. The tradition of writing New Year’s resolutions, or promises to ourselves for personal improvement in the coming year, is also popular.

Learn more about our country’s New Years traditions and join in the celebrations with party poppers, activities to reflect on the past year, and ideas for kid-friendly festivities below!

New Year’s Day | All About the Holidays

Grades K-5
3, 2, 1, Happy New Year! On January 1st around the world, people celebrate the end of one year and the beginning of the next. Some people make resolutions for the new year or attend parties to celebrate. How do other cultures celebrate the new year?

Grades 2-6
In the United States, people begin celebrating the New Year on December 31, New Years Eve. Read about the traditions surrounding this holiday and how many Americans celebrate it.

How Science Defines a Year | It’s Okay to Be Smart

Grades 6-12
Join Joe Hanson, host of It’s Okay to Be Smart, as he explores different ways to mark the passage of a year’s worth of time.

Grades PreK-5
New Year’s Eve celebrations are often adult-only events, but kids get excited about the big night as well. Make it a New Year’s Eve to remember with these tips for a kid-friendly celebration.

Write Your Own New Year Reflections

Grades K-3
Look back on last year, and set goals for the next year, with your children using this downloadable New Year Reflections activity from PBS Kids!

Grades K-5
Create your own DIY party “crackers” and spice up your New Year’s celebration!

Grades 1-5
To close out the year and welcome a new one, celebrate with some paper poppers! They’re super easy to make — but that’s not all — you and your child will learn how to say “Happy New Year” in different languages.

Grades 6-12
Japan’s New Year celebration is known as Oshogatsu. Learn more about Oshogatsu with this recipe for Ozoni, a one-bowl meal that defines the New Years’ experience for most Japanese people!